Age limit restricted to 55 for membership 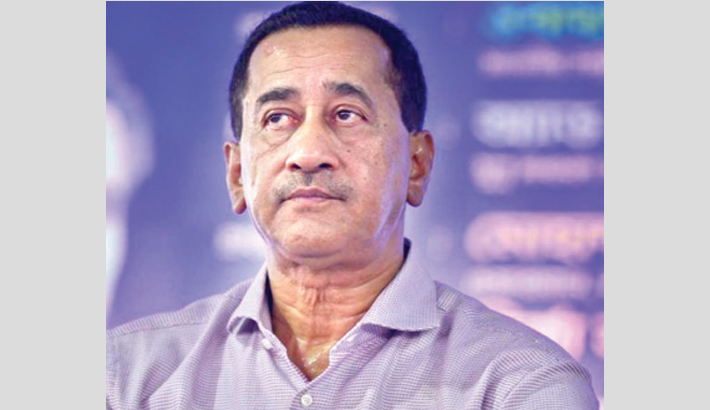 Juba League chairman Omar Faroque Chowdhury has been removed from the post for his alleged involvement in various irregularities and illegal casino business.

“He (Omar Faroque) has been removed from his post,” Awami League general secretary Obaidul Quader told reporters emerging from a meeting at the prime minister's official residence Ganabhaban on Sunday night.

Juba League chairman Omar Faroque was removed from his post but none was made acting chairman of the youth wing of the party,” Quader said.

In the meeting, a preparatory convening committee was formed for holding the upcoming congress of Juba League.

Juba League presidium member Chayan Islam and general secretary Harunur Rashid have been made convener and member-secretary of the committee respectively.

Other leaders of the central executive body of Jubo League will be in the congress preparatory committee as members.

The seventh national congress of Juba League is scheduled to be held on November 23. The meeting also fixed 55 as age limit for doing Juba League politics.

The meeting also decided that if anyone is found involved in corruption and irregularities will be expelled from the organisation.

Earlier, during her introductory speech in the meeting, the prime minister warned that none found involved in Bhola incident would be spared.

“Stern action will be taken if anybody is found involved in the incident,” she said.

Sounding a note of caution against rumour-mongers, the premier urged people of the country to have patience and not to pay heed to any rumours over the Bhola incident.

“A section of people is always trying to create unstable situation when the country is progressing," the premier said.

“I urge people to have patience (over the Bhola issue) as a quarter is out to spread false propaganda through Facebook to destabilise the country,” she said.

The premier also urged the countrymen not to pay heed to any rumour as it usually puts the society in danger in many ways.

“So, everyone should know the real incident and stay cautious so that none can misuse the digital technology,” she added.