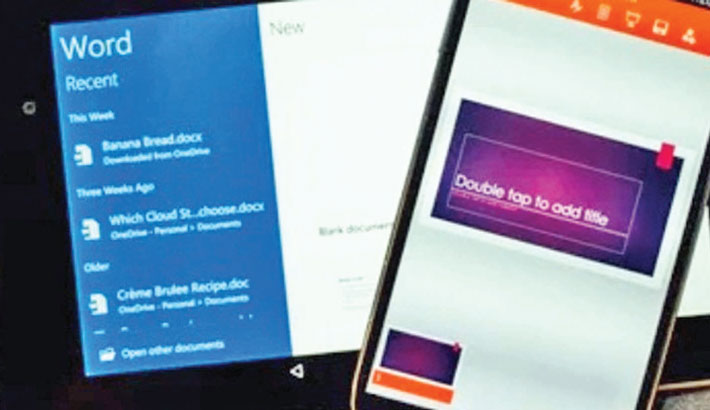 Tech giant Microsoft has rolled out a new update for its Word, Excel, PowerPoint and OneNote apps on iOS, adding Dark Mode.

The company tested out this new mode with its ‘Insider’ members for around a week before rolling it out to everybody. Users on version 2.30 of the apps can now enable the mode from the settings.

Microsoft’s iOS and macOS Product Manager, Akshay Bakshi took to Twitter to announce the rollout of this mode. The first Microsoft app to receive dark mode was Outlook, after which the company rolled out dark mode support for its OneDrive cloud storage platform.

The new Dark Mode will help to reduce eye strain while using the apps in dark. It also helps in saving device battery on devices with AMOLED display panels.

To try out the new Dark Mode, users need to update their Excel for iOS, OneNote for iOS, and PowerPoint for iOS and Word for iOS apps from the Apple App Store. After which they need to head to the settings and switch the Dark Mode toggle on.

Apart from Dark Mode, the company has also added some other small tweaks to the updates like the addition of Move command to Word, Excel and PowerPoint.

The company is yet to disclose when it will be making the feature available for Android smartphones. However, we recently saw a leak regarding the same, which hints that the updates are on their way.