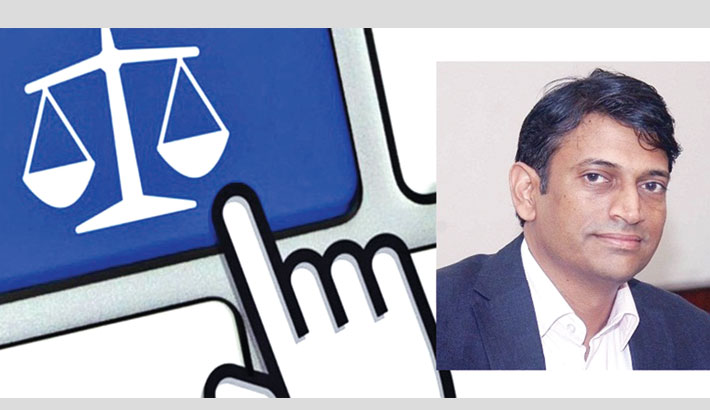 Internet or intranet-based video conferencing technology has contributed in bringing transparency in the society towards establishing rules of law, a senior software professional opined.

Ashok made a short trip to Dhaka recently on the occasion of 'Digital Device and Innovation Expo at the Bangabandhu International Conference Center in the capital.

Citing examples from India, Ashok mentioned that e-court has been set up in several hundred courts in different regions of India.

“As a result, the speed of judicial action has increased. The difficulty of bringing the accused to court has been reduced. Judicial proceedings are being conducted by setting up virtual courts in prisons. On the one hand, time is being saved by this and on the other hand as the accused are not being transported several times, working hours are also being saved,” he explained.

Ashok further said informed that e-court service  has been introduced in 23 of the 29 Indian high courts.

Logitech is providing technical support to all. Logitech’s hardware technology includes cameras, video conferencing systems, speakers, etc. He believes that when e-court is launched, there is a digital record of everything. As a result, there is no risk of being lost, torn or damaged.

"We have heard that the facility will be inaugurated in Bangladesh court." We will talk to those concerned. We can share our experiences if anyone wants. If this initiative is launched anywhere on a pilot basis and we are called upon, we will gladly accept the proposal,” Ashok added.

He  said that people in remote areas can get the services of the best doctors in the city through telemedicine. Due to the rapid diagnosis, treatment is being started quickly.

Ashok gave the example of the distance education system, saying there is a wide gap between the teaching methods of the educational institutions of the city and the village.

“On the other hand, the demand for a good teacher is always high. Concerned teachers or educational institutions will be able to teach many students simultaneously using the distance learning method and the students of the village will be able to attend the prestigious schools of the city. And all of this can be done through video conferencing technology. Logitech offers these all kinds of technical benefits,”

Its may mention that a study by Maharastra Judicial Academy revealed that the main reason for the delay in disposal of cases is non-production of the accused before the concerned court. There is shortage of manpower of police personnel and transportation to escort the accused.

To make the process faster, video conference facilities were setup across six district courts and two major prison complexes under the guidelines issued by the High Court of Delhi.