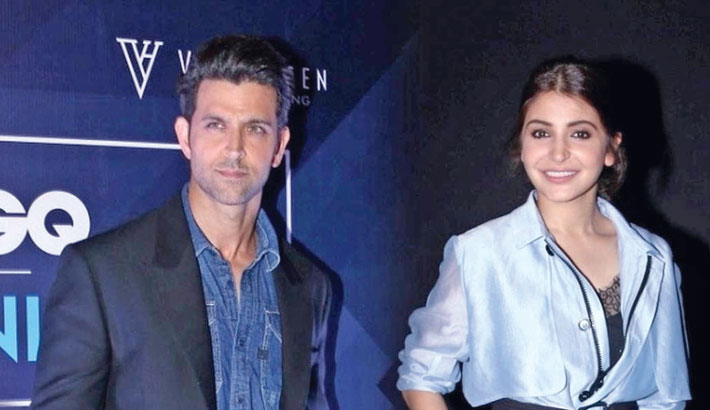 Actor Anushka Sharma has finally signed her first film after the flop of her last effort, Zero. She will pair up Hrithik Roshan for the first time, in a film titled Seven, which is said to be the remake of Amitabh Bachchan and Hema Malini’s hit 1982 film, Satte Pe Satta, reports Hindustan Times.

Filmmakers Farah Khan and Rohit Shetty will collaborate on the much-anticipated project. Farah had recently hinted about the film in an interview to IANS. She had said, “Rohit is producing the film and I am directing it. Unless we come together and make a proper official announcement, everything is speculation. Hopefully, we will make the announcement by Diwali. I am waiting for Rohit, because he is quite occupied these days, finishing the last leg of the shooting of his film Sooryavanshi.”

Hrithik is enjoying the success of his latest film, War, which also featured Tiger Shroff. The film is all set to cross the Rs 300 crore mark at the domestic box office.

Hrithik has teased his father Rakesh Roshan’s directorial, Krrish 4. The two have confirmed that they are working on it.