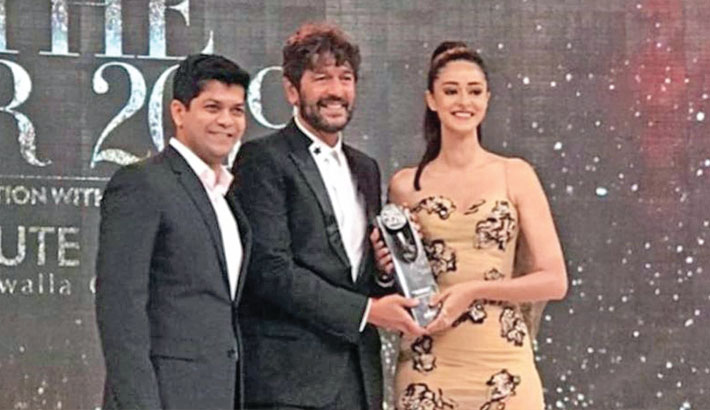 Ananya Panday is getting all the appreciation and here for all the right and ‘So Positive’ reasons! The prestigious Vogue held its Women of the Year Awards and Ananya Panday shines brighter than ever as the actress bagged the title of 'Youth Influencer of the year’ for her "So Positive' initiative which is being hailed as the most significant one all across, reports Deccan Chronicle.

The actress has done a commendable job by creating a safe space for victims of social media bullying with her 'So Positive', a digital social responsibility initiative and is being applauded by fans and celebrities from all quarters for it. More so, not just the nation but the entire world resonates with the problem that Ananya aims to eradicate and negate, with her initiative which is bringing in all the accolades.

Ananya Panday, rightly is the ‘Yourh Influencer of the Year’ for all the noise she is making with her brave steps against the issue.  From the victims, students, psychologists to celebrities- Ananya is uniting them all with her initiative to build a So Positive community.

The 'So Positive initiative is receiving constant recognition as one of the most important movements of all times by tacking one of the most common and disturbing forms of cyberbullying which is social media bullying.

On the account of Gandhi Jayanti this year, Ananya Panday took to her social media and kickstarted the 'Swachh Social Media' campaign to make social media a better place with her initiative as well, recently.

Ananya Panday, who has also emerged as the youth icon of the year, is also one of the most followed young actresses when it comes to her endeavours. The actress who debuted with 'Student of the Year 2' had been enjoying a massive fan following much before her entry into Bollywood, and after her debut, the following saw an even greater growth.

On the work front, Ananya will be next seen in Pati Patni Aur Woh which is all slated to release in December 2019 and Khaali Peeli which is Ananya's next project alongside Ishaan Khatter, all set to hit the theatres on the 12th of June 2020.