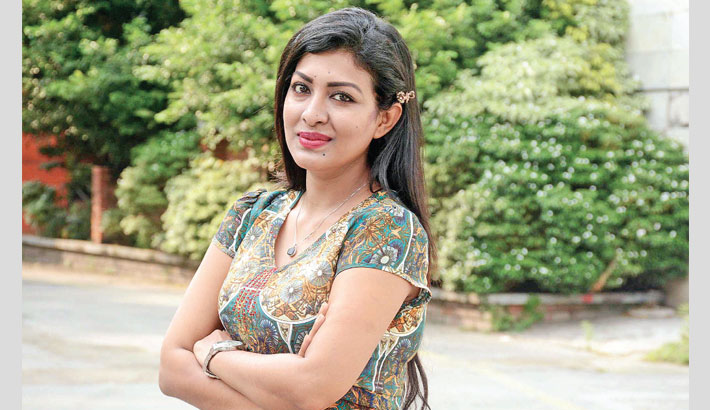 Small screen actress and model Priyanka Zaman has returned home on Friday after receiving treatment at hospital in the capital for twenty-two days. She was kept on life support as her condition had been deteriorating.

Priyanka's family has confirmed that the small screen actress is recovering now.

But she is under doctor’s observation. The actress arranged a press conference to express her gratitude to the news media at a restaurant in capital’s Shiddheswari area on Sunday.

She said, “At first I expressed my gratitude to the Almighty Allah.

Then, I pay my heartiest thanks to the journalists for given my regular updates to the media. I am very much grateful to them.”

“I am thankful to my sister Liza too. She has given me her full time to recover me,” she added.

Priyanka was diagnosed with pneumonia while undergoing treatment for infection in her blood. The actress-model was admitted to Islami Bank Hospital first with a serious infection in blood on September 26.

Priyanka is a known face for television viewers. She started her career in the showbiz industry by anchoring 'Chhayachhanda' in BTV.