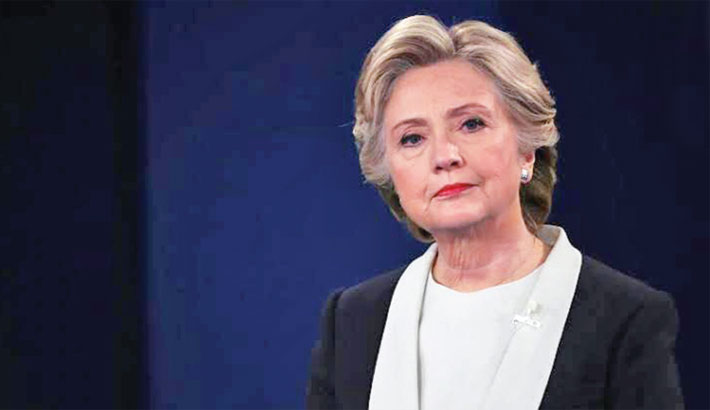 She said the Kremlin wanted the contender to run as a third-party candidate to divide liberal voters and help re-elect Donald Trump.

Hillary did not name the candidate, but she is believed to be referring to Hawaii congresswoman Tulsi Gabbard. Ms Gabbard called Hillary’s allegation “cowardly”.

In an interview with former Obama adviser David Plouffe’s podcast, Campaign HQ, Hillary, herself a Democrat, said the Russians have “got their eye on somebody who’s currently in the Democratic primary and are grooming her to be the third party candidate”.

“She’s the favourite of the Russians,” Hillary said, without naming her in the podcast that aired on Wednesday. “They have a bunch of sites and bots and other ways of supporting her so far.”

Ms Gabbard hit back accusing “queen of the warmongers” Hillaryof orchestrating a campaign to “destroy my reputation”. She challenged the former secretary of state to join the White House race and not “hide behind your proxies”.

Gabbard is a military veteran and anti-war candidate who has called on the US to stop acting as the world’s policeman. In a live TV debate with 11 other Democratic contenders on Tuesday, she said US media suggestions that she is a Russian asset were “completely despicable”.

Ms Gabbard has previously ruled out an independent campaign. In the podcast, Hillaryalso accused 2016 Green Party candidate Jill Stein by name of effectively being a traitor.

She raised the possibility that Ms Stein could run again as a third-party candidate “because she’s also a Russian asset”.

“Yes, she’s a Russian asset, I mean, totally,” added Mrs Clinton. “They know they can’t win without a third-party candidate.”

On Friday, Ms Stein hit back at Mrs Clinton’s “rant”, calling it a “crack down on dissent”.

The number of ballots cast for Ms Stein in three states that turned out to be critical to the overall result - Michigan, Pennsylvania and Wisconsin - did exceed Mr Trump’s margin of victory over Mrs Clinton.

However, there is debate over whether Ms Stein did in fact help elect Mr Trump since exit poll data suggests not all Stein voters would have picked Hillaryas a second choice, or even voted at all.

Documents from Special Counsel Robert Mueller’s Russian investigation show that Russian nationals and corporations worked to boost Ms Stein’s campaign in an effort to draw votes away from Mrs Clinton.

In 2018, Ms Stein acknowledged potential Russian interference in the US election, but said the US also meddled overseas.

“Interference is wrong and it’s an assault against democracy, and it should be pursued,” she said to CNN.

“But [the United States] should pursue it knowing that we do it, too.”

Ralph Nader’s Green Party candidacy in the 2000 White House election is often blamed or credited with helping George W Bush, a Republican, win the state of Florida, and thereby the US presidency.

Election day is still more than a year away but the race to become the Democratic challenger to Mr Trump is already well under way.

The latest polling suggests Ms Warren and Mr Biden are the front-runners, while Mr Sanders is also a popular contender. Many of the the other candidates are relatively unknown outside the Washington DC bubble.