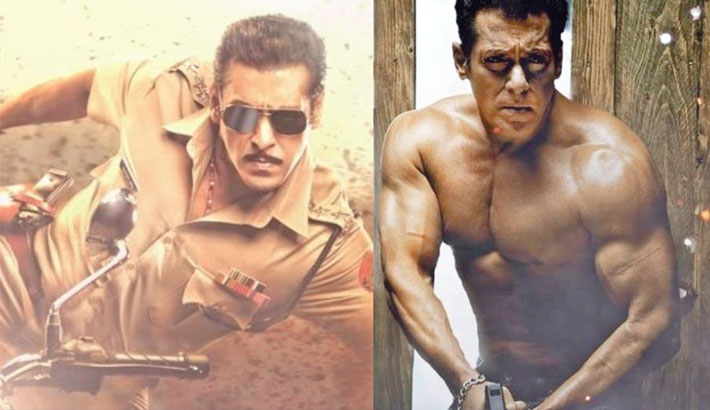 After Dabangg 3, which is set to release this December, Salman Khan on Friday announced his next action-packed film, Radhe Your Most Wanted Bhai, releasing next year on Eid. The actor will be seen depicting a “half good fully mad” man in the film, reports Hindustan Times.

Salman shared a one-minute motion poster with the first half picturing him as cop Chulbul Pandey of Dabangg 3, while the second half begins with music of Radhe Your Most Wanted Bhai playing on a montage of his pictures featuring him as an enthusiastic fighter. “Aap he ne poocha tha ‘Dabangg 3’ ke baad kya? What and when? Yeh lo answer, “ he wrote on Twitter.

Salman’s fans were elated to hear the announcement and reacted to it in the comments section. A fan wrote, “Everything happens for a reason.. INSHALLAH shelved that’s why finally we’re going to see Bhai as Radhe.. Storm is coming.. mass hysteria will create havoc at box office.” Another asked, “Radhe feels like Wanted 2, isn’t it?” One more viewer wrote, “The ‘radhe’ tune reminded me of the song ‘tu isaaq mera’ I don’t know if it’s only me.”

To be bankrolled by his brother Sohail Khan under the banner of Salman Khan Films, Radhe marks the actor’s third collaboration with choreographer and filmmaker Prabhudheva.

Salman had earlier booked Eid for the Sanjay Leela Bhansali film Inshallah, also starring Alia Bhatt. The film was later shelved. The actor had told Mumbai Mirror in a report, “When he came to me with this film, I liked it and we decided to work together again. One thing I can say is that Sanjay won’t do gaddaari with his film. I want him to make the film he wants to make.”

Dabangg 3, the shooting of which wrapped up earlier this month, is scheduled to hit big screens on December 20. The upcoming film is also helmed by Prabhudheva and marks the second collaboration of Salman and the director. The two have previously worked together in 2009 hit Wanted.