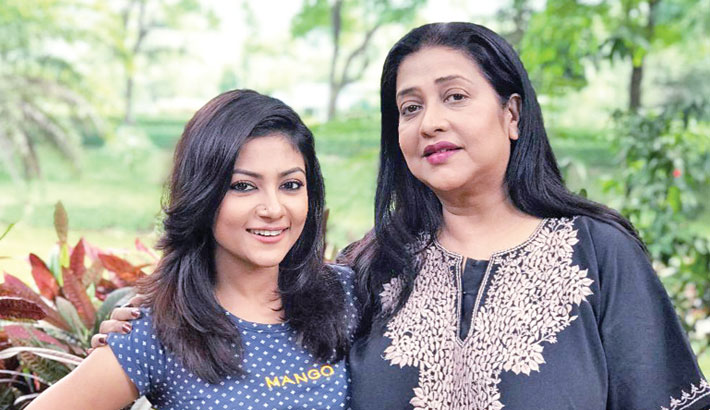 Popular actress-model Ireen Afroz has got the chance to act with Suborna Mustafa for the first time recently.

Ireen will be seen acting alongside Suborna Mustafa in the drama serial ‘Lukochuri Lukochuri Golpo’. Written and directed by Badrul Anam Soud, they have begun shooting for the serial recently.

Talking about Ireen, Suborna Mustafa said, “Ireen is one of the talented artistes at this time. She performed well in her part in the drama. She is also very cooperative and industrious actress. I wish her best of luck.”

On the other hand, Ireen Afroz said, “Suborna apu is really a good artiste. She is also a good human being. I am so pleased to have the opportunity to work with the legendary actress. I learnt a lot from her. It was my long cherished dream that I will work with her and finally my dream come true.”

Suborna Mustafa, also a member of parliament, is not doing any new television shows in this time except ‘Lukochuri Lukochuri Golpo’.  Her last worked was the film ‘Gohin Baluchor’ directed by Badrul Anam Soud.