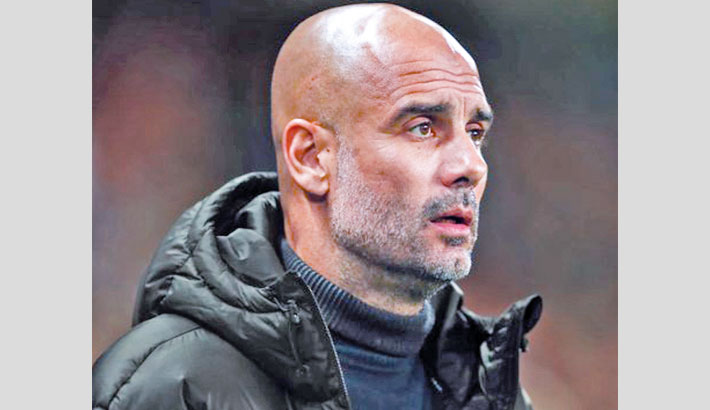 Pep Guardiola fears Manchester City will need to spend "two days in the fridge" to cope with their gruelling Christmas schedule.

The Premier League revealed their fixtures for December and January on Thursday and it offers little help to City.

Their trip to Wolves has been moved back from Boxing Day to December 27, before they welcome Sheffield United to the Etihad Stadium on December 29.

That leaves a gap of roughly 44 hours between one match ending and the other one kicking off and Guardiola is worried about his players' welfare.

"The players should go to the fridge. I am not joking," Guardiola told reporters on Friday. "Go home, open the fridge and get inside for 48 hours. See you at the Etihad Stadium.

"Maybe when I go to the fridge to make an omelette, maybe I can talk with them. Apart from that, no way."

While Guardiola is alarmed by the demands of the fixture list, he accepts getting on with the job has been very successful for City in the last two years.

"We're in October and we have many games before that. When I read the fixtures yesterday, I said 'That's OK'," he said.

"But I am concerned for the players. It is a business and the people do not care about the players. He's injured? OK, use another one.

"We've solved it in the past and we'll solve in the future. It's the only way. Don't complain or call my chairman asking 'what's happened?'

"If we can't solve it, then we cannot win four titles in one season. We didn't complain. We accept it and we will be stronger."