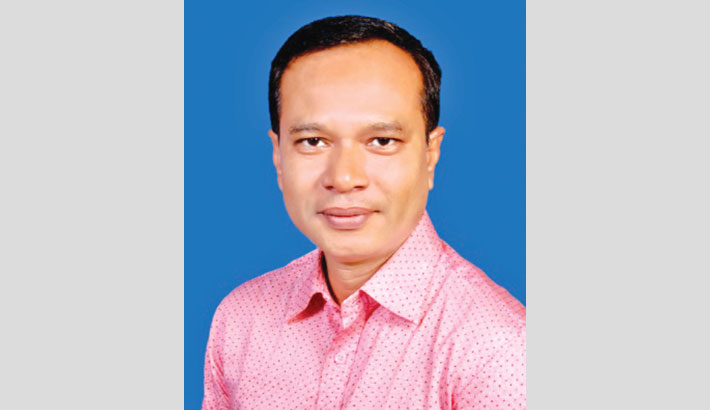 The ruthlessly brutal killing of Abrar Fahad, a 2nd year student of EEE  department, in the alleged torture cell of Sher-E-Bangla hall of BUET, the galaxy of the star students of Bangladesh, has choked the emotion of the whole nation beyond the range of any typical shock reading scale. Thanks to the revenge culture of today’s damned students’ politics, the fabled dream-manufacturing institution of Bangladesh is no longer a secure launching pad for our brightest children. What a chilling fact that the whole killing mission was executed in a prepared fashion and in an orgy of a carnival. The killers, his own classmates, year-mates, campus elders, dumped his benumbed body on the flight and then came back to watch the Barcelona match.

The motivation of these brilliant youngsters is simply horrifying in that this monster motivation has devoured all human elements and instincts once these innocent youngsters brought to the BUET campus. This ugly monster lives in many of our students today in the shape of greed for money and power. This morbid rat race to climb the staircase of power and reach the highest altitude has been continually dehumanising us since long. Developed into a full-fledged cultural pattern, the venom of nasty politics today has poisoned our conscience and brought us to the edge of an unfathomable chasm where everybody is waiting for his/her turn to be dropped down, not to be found again.

No single institution or organisation is unilaterally responsible for this total crisis of values and norms. Rather, almost all organisations and institutions contribute in varying degrees to forge this culture of self appeasement instead of promoting the cause of highest common good. Our innocent and brilliant children are increasingly getting trapped in the complex web of hate politics and the culture of morbid intolerance towards dissidence. Unfortunately, the masterminds and the godfathers like anytime in the past remain unseen behind the black curtain. In no way, it is a dramatic phenomenon. It has taken decades to erase the glorious tradition of our students’ politics.

Killing students of rival groups in the campus for realising the vested and narrow gains in the disguise of ideologies is a proven truth for behind most of the campus killings there remain basically the politics of capturing seats illegally through showing muscles strength and the destructive tendency of putting others under subjugation. Students’ leaders, not all, have long been ruling and ragging innocent students as if they were their subjects. Most of the general students have long been joining political processions not spontaneously but for the fear of losing seats and being ragged. The slogans chanted in those political processions lavishly praise political leaders and their agenda than voicing students’ pressing problems. It is really shocking that students’ politics of 1969, for example, was the gear moving factor behind our War of Liberation. This enviable legacy has long been left out.

Abrar is not the first victim of the nasty political culture of the BUET campus of killing opponents more for clash of petty coterie and personal interests than for pure ideological commitment. Sabequn Nahar Sony is a living case in point here. Sony was shot dead on June 08, 2002 in BUET campus after being caught in the crossfire between Muki faction and Togor faction of the then BUET Chhatra Dal. The issue of that armed encounter within the same party was the frantic competition for taking control of the tender money from huge amount of development works. However, the difference between these two killings is that Sony’s death was an accident, not at all a target shooting while Abrar Fahad’s death is a pre-planned and cold-blooded murder.

Either ideological or non-ideological, any killings by the rival parties or factions especially in the sacred seat of learning can hardly be substantiated by any logic or ethical norms. The students who are meant to take study as the first priority are taking firearms in their hands and are resorting to violence as the priority number one instead. It is time to put off the black curtain and reveal the ugly faces of the powerful masterminds and the godfathers who are putting arms to their hands and using them to attain their own goals and gains.

There is the least chance of taking the killing of Abrar Fahad as a single isolated incident since its connotation is grisly terrifying since the killing implies that the nine-headed monster Hydra has gone on the rampage in the political scene and it has been ravaging all the landmark political heritages and legacies the nation has achieved over the decades. The sooner we kill this Hydra, the safer it is for our future dream, our dearest children. Instead of resorting to nasty blame game we all in a body have to take the responsibility to kill this all-destructive political Hydra. If need be, not only students’ politics but teachers’ politics has to be stopped for the time being so that it can be restarted with new features and figures.

Like our golden period of students’ politics, students’ politics of today has to be flourished basically on the platform of addressing the problems and grievances of the students as desired by most of the people of the people and the parents. In addition, the new political order for the students as we are visualising in today’s bloody context has to be freed from the affiliations of the national politics. In the independent context of today’s Bangladesh, national politics is most preferably be practiced upon attaining the highest qualifications.

The immediate reaction of the government is quite heartening. Honourable Prime Minister Sheikh has promised that she will herself look into the Abrar killing case not only as the Prime Minister but also as a mother. Already eleven suspects of this gruesome have been arrested and they have been taken under remand. The police also have recovered the video footages and the primary evidences from the spot. Let us wait and see without getting impatient. Impatience may trigger any untoward situation the cost of which may be too heavy.

We no longer want any blooming dream to be aborted in the half-way through due to politics of violence and revenge. We want all educational institutions to be patterned in way favourable to realise the cherished dreams of our children.

The writer is an Assistant Professor of English, Bogura cantonment Public school & College.