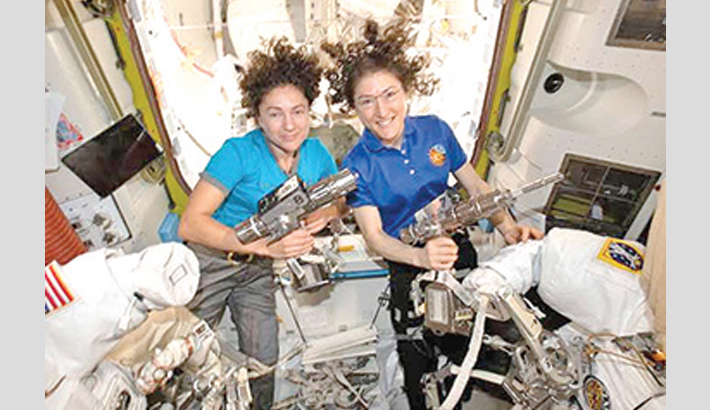 US astronauts Christina Koch and Jessica Meir became the first all-female pairing to carry out a spacewalk Friday, following a spacesuit flub earlier this year that caused the historic mission to be aborted, reports AFP. “Christina, you may egress the airlock,” spacecraft communicator Stephanie Wilson told the pair shortly after they set out to replace a power controller on the International Space Station at 1138 GMT.

They began their mission making standard safety checks on their suits and tethers, before making their way to the repair site. In a call to reporters a few minutes earlier, NASA administrator Jim Bridenstine emphasized its symbolic importance.

“We want to make sure that space is available to all people, and this is another milestone in that evolution. “I have an 11 year old daughter, I want her to see herself as having all the same opportunities that I found myself as having when I was growing up.”