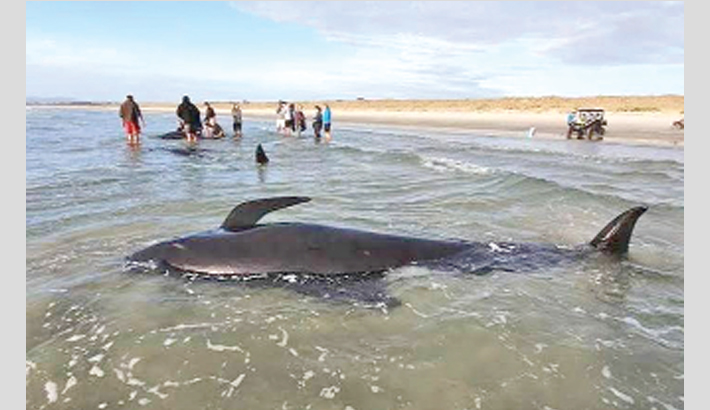 The carcasses of 343 sei whales were spotted on remote beaches in Patagonia, Chile, in 2015 - but this survey work was conducted from planes and boats, and carried out many weeks after the deaths actually occurred.

However, an analysis of high-resolution satellite images of the area taken much closer in time to the stranding has now identified many more bodies.

It’s difficult to give a precise total for the number of whales involved but in one sample picture examined by researchers, the count was nearly double. The new investigation, published in the Plos One journal, was undertaken as a proof of principle exercise by the British Antarctic Survey (BAS) and various Chilean organisations.

It’s not easy to see an object, even one as large as a great whale, from several hundred kilometres up in space, but the international team believes the capability of modern satellites now makes this a practical task.