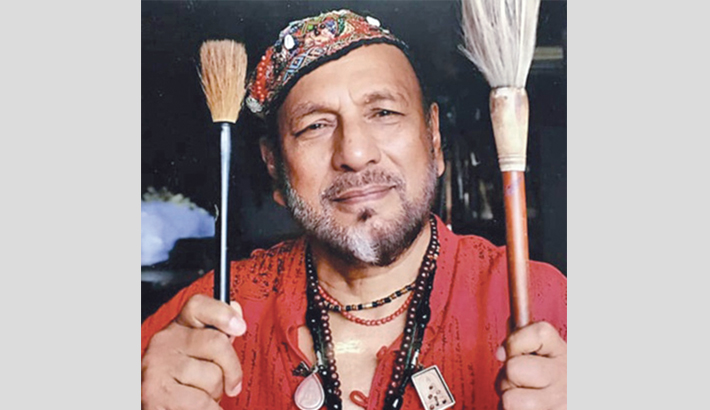 Ekushey Padak winning artist Kalidas Karmakar, a painter and printmaker of international repute, passed away on Friday afternoon. He was 73.

“He fell down in the bathroom after suffering a cardiac arrest around 1:30pm at his Eskaton residence. He was taken to Labaid Specialised Hospital where the doctor pronounced him dead around 2pm,” Sourav Chowdhury, the Executive Art Director of Gallery Cosmos, told UNB.

Prime Minister Sheikh Hasina condoled the death of the artist.

The body has been kept at BIRDEM General Hospital.  His mortal remains will be cremated after his two daughters return to Bangladesh from the US.

Kalidas Karmakar was an adviser of Gallery Cosmos.

Born on January 10, 1946, in Faridpur, Kalidas completed his graduation from the Government College of Fine Arts and Crafts in Kolkata in 1969.

He completed his pre-degree study in Fine Arts at the Institute of Fine Arts, Dhaka University in 1964.

Kalidas Karmakar was awarded the Shilpakala Padak in 2016 and the Ekushey Padak in 2018 for his contribution to fine arts.

In 2006, he received an ACC Fellowship to participate in a residency at the PointB Worklodge in Brooklyn.