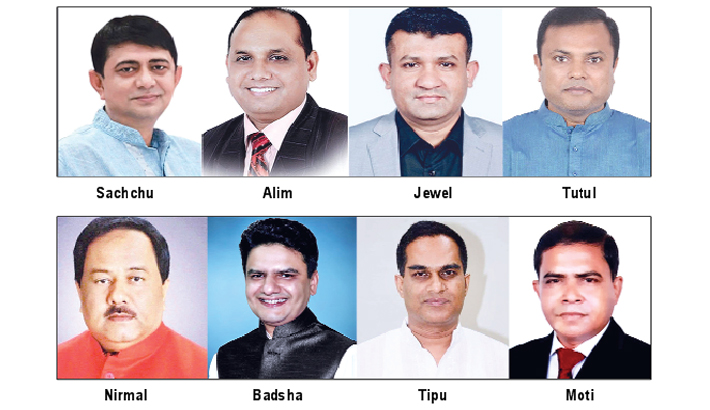 A clean life is God’s gift and they were said to be rewarded in worldly affairs. The ruling Awami League (AL), which has launched a drive against graft and illegal activities, was likely to appoint those who led a clean life and dedicated to the organization to the top posts of its associate organization, the Swechchhasebak League.

Insiders said Prime Minister Sheikh Hasina, also the AL chief,  has already hinted that leaders with clean lives or images may be given the top two posts of the party’s voluntary organisation in its upcoming council session slated for November 16.

“Party president has already instructed us to oust those leaders who are facing allegations of corruption and misdeeds,” said one leader wishing not to be named.

The incumbent president Molla Abu Kawser and general secretary Pankaj Debnath may be shown the door for their alleged misdeeds.

The name of Kawser flooded the media after the government carried out drives against illegal casino businesses. He had a link to the casino business of Wanderers Club.

be dropped from the organization,

while Debnath had been holding the general secretary post since 2003.

He may also be relived to bring dynamism in the organisation.

Amid criticism from various quarters, the ruling party has decided to hold council sessions, including Swechchhasebak League and other three associated bodies by November as some leaders of those organizations had been involved in illegal casino business, tender manipulation and extortions.

Under the context some new faces, especially former senior leaders of the Bangladesh Chatra League may be asked for discharging the responsibility of the organisation.

The last triennial council session of the organisation was held on July 11 in 2012 while the committee was expired in 2015.

Ahead of the session, aspirants have already started lobbying to get important posts of the organisation while some leaders who are in danger have gone into hiding to avoid being arrested.

Awami League organizing secretary AFM Bahaudding Nasim told the daily sun that comparatively younger leaders would be given the responsibility of the Swechchhasebak League.

“Those leaders who are involved with corruption and misdeeds have no chance of getting posts of president and general secretary,” he said adding but the supreme leader Sheikh Hasina will take final decision in this regard.

Contacted, an AL leader on condition of anonymity said, “Dedicated former leaders of Bangladesh Chhatra Leaguge will be taken into cognizance this time while forming the committee of Swechchhasebak League.”

Nirmal and Moti were appointed as acting president for several times of the organization in absence of its president. Insiders say that former BCL leaders Babu, Shachchu and Tutul had a role during the military regime. If the party elects young leadership, the party may pick anyone from them.

Jewel, former organizing secretary of BCL and general secretary of Fazlul Huq Hall, was imprisoned for a year and tortured during 1/11 changeover.

Even they brought out processions on the Dhaka University campus defying the ban of the army-backed government.