We are focusing on consistency: Anju 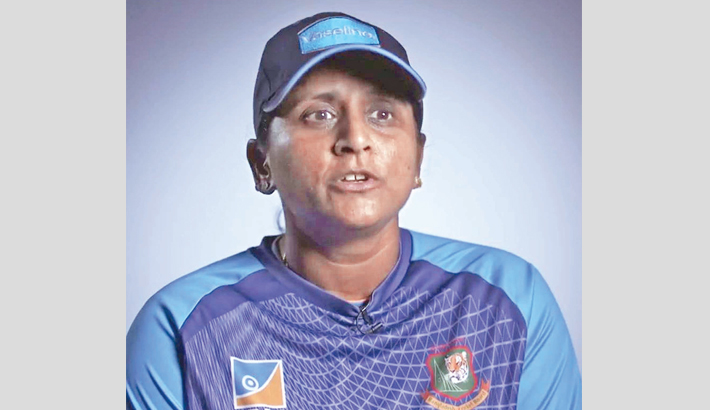 With an aim to win as many matches as they can to bolster their confidence, Bangladesh Women’s National Cricket Team will take part in ACC Women’s Emerging Teams Asia Cup 2019 which begins on October 22 in Colombo, Sri Lanka.

“In the last one and half years our girls have started doing really well and girls have finally started winning matches,” Women’s Team Head Coach Anju Jain on Thursday.

“We need to focus on consistency. The players are doing well but we need to be more consistent,” told Anju.

Anju Jain also said that they are looking for a bigger pool of players and make them ready for the national team. The Emerging Teams Asia Cup will be helpful in judging some players’ caliber also, she added.

“As I said we are going to look to win more games, it’s a good thing to have so many matches under the belt. We are playing two or three series, all thirty girls will get to show their skills and we will have a bigger pool to select players from,” told Anju.

“The T20 World Cup is now our top priority and we are working on that. For the next two-three months we will be working on it. We will commence our age group tournament and so we can be ready for the 2021 World Cup,” told Anju.

Shaila Sharmin will lead Bangladesh team in Sri Lanka and it will be the first time for her to lead any team in the national level.

“It’s a big challenge for us but I want to brace it. Our target is to play well and become the champions in the tournament,” she said, adding that they need to perform collectively.

Bangladesh will play India in the opening match on October 22 at Thurstan  Ground while Pakistan will face Sri Lanka RPICS in Colombo in the day’s other match.

In the remaining matches, Bangladesh will face Pakistan on October 23 while take on hosts Sri Lanka on October 25. The final match is on October 27.