No T10 for Bangladeshi players: Papon 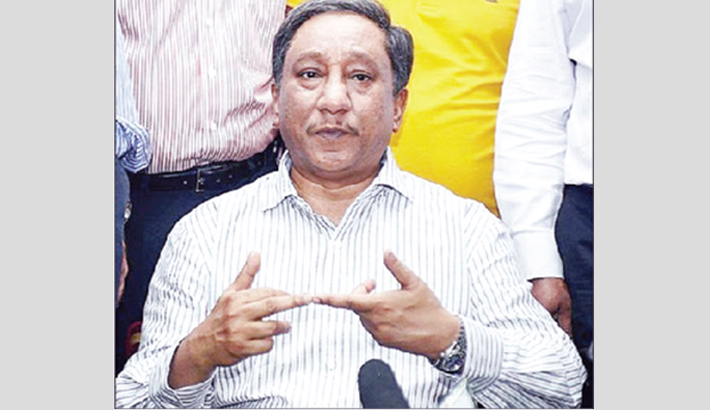 Bangladesh Cricket Board (BCB) President Nazmul Hasan Papon said that they will not issue No Objection Certificate (NOC) to cricketers for the upcoming T10 league as they are supposed to play National Cricket League (NCL).

According to Nazmul, players will be busy with NCL, country’s lone first-class tournament after the national players start their preparation for the tour to India and during the time they stay in India for the three-match Twenty20 series and two Tests.

“I have asked them not to give any NOC for T10 in Dubai as at that time we will have our NCL ongoing and as the Tigers will be engaged in national duty, we will be left with a limited number of players in NCL,” said Nazmul.

Bangla Tigers, the first Bangladeshi franchise to take part in any foreign domestic league, formed their 15-member squad for their maiden appearance in the Abu Dhabi T10 League, giving Bangladeshi players the most priority.

Bangla Tigers management in the Players’ Draft held in Abu Dhabi on Wednesday concentrated on roping in as many Bangladesh cricketers possible. At the same time Bangla Tigers thinktank also ensured to have a balanced squad with inclusion of cricketers from other nations in order to form a competitive team for the eight-team tournament.

Sri Lanka all-rounder Thisara Perera as the Icon Cricketer of the Bangla Tigers was present at the draft along with the franchise owners Yasin Chowhdury and Shirajuddin Alamgir.

The third edition of the T10 League is scheduled to raise the curtain on November 14 at Sheikh Zayed Cricket Stadium in Abu Dhabi.