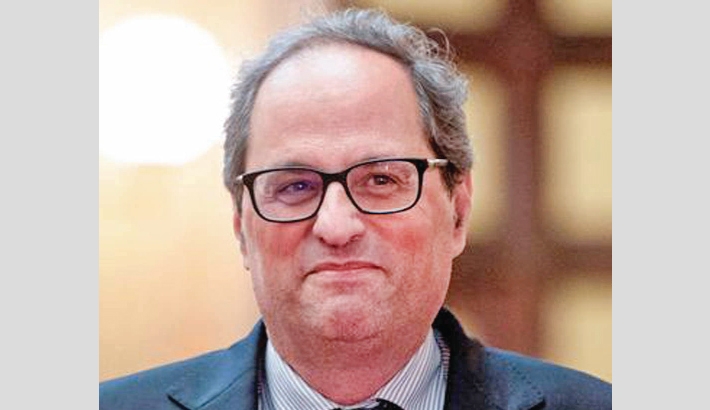 The president of Spain’s protest-hit Catalonia region pledged Thursday to push for a new vote on secession, despite the fallout from a failed 2017 independence bid that sparked the country’s worst political crisis in decades, reports AFP.

“If they condemn us to 100 years of prison for putting out the ballot boxes for a vote on self-determination, then the answer is clear: we must do the same again,” Catalan president Quim Torra told the regional parliament.

He was referring to the collective number of years of prison imposed on nine separatist leaders for their role in the 2017 crisis, which involved a referendum banned by Madrid and a short-lived declaration of independence.

Announced on Monday morning, the verdict has sparked three days of mass protests which have turned increasingly violent with separatist activists engaged in nighttime clashes with riot police in Barcelona and elsewhere.

“During this parliament’s term (which will end in early 2022), I will advocate for us to exercise the right to self-determination,” said Torra, just hours after calling for an immediate halt to the violence, saying it harmed the separatist cause.

Until then, he had said nothing to denounce the growing unrest, prompting a direct and public appeal to do so from Spain’s Prime Minister Pedro Sanchez.

“We all know the difficulties we face through repression and fear. But we must push forward and not allow ourselves to be intimidated by threats and bans,” said the Catalan leader, who took over as regional president in May 2018.