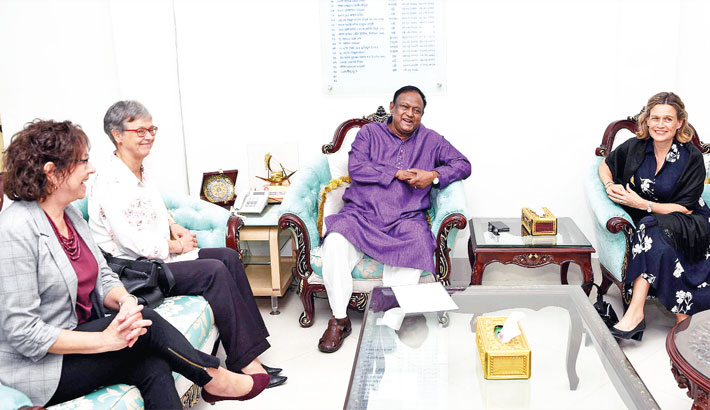 Commerce Minister Tipu Munshi exchanges views with Sidsel Bleken, Charlotta Schlyter and Winnie Petersen, ambassadors of Norway, Sweden and Denmark in Dhaka respectively at the former’s office in the capital on Thursday. 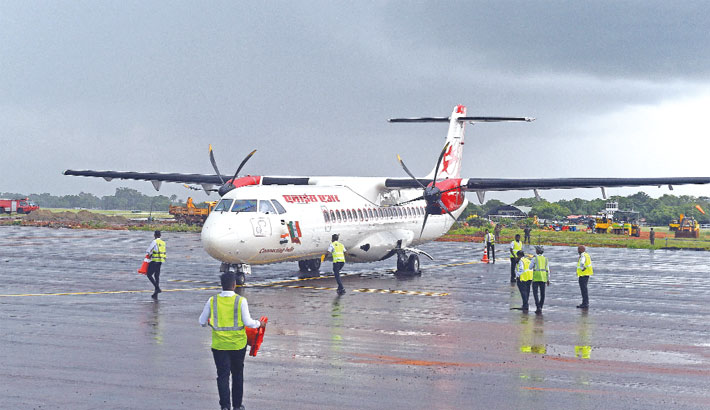 An Indian Alliance Air aircraft taxis on the tarmac after landing at Jaffna International Airport in northern Sri Lanka as it is reopened in Jaffna on Thursday. The British-built facility was initially a World War II staging post and later used as a regional civil aviation facility, but was shut for commercial airlines for decades due to the drawn-out Tamil separatist war in the region between 1972 and 2009. 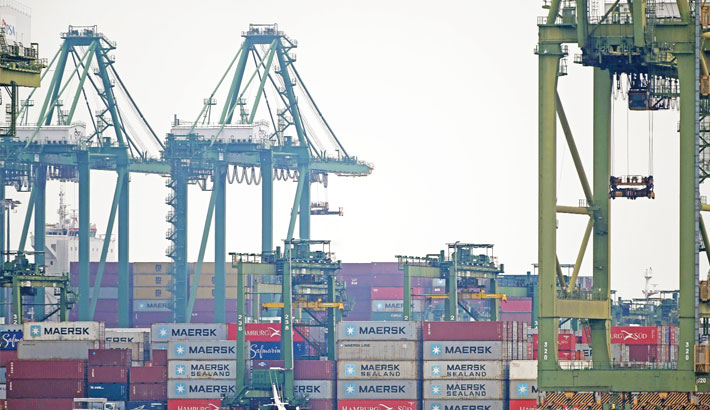 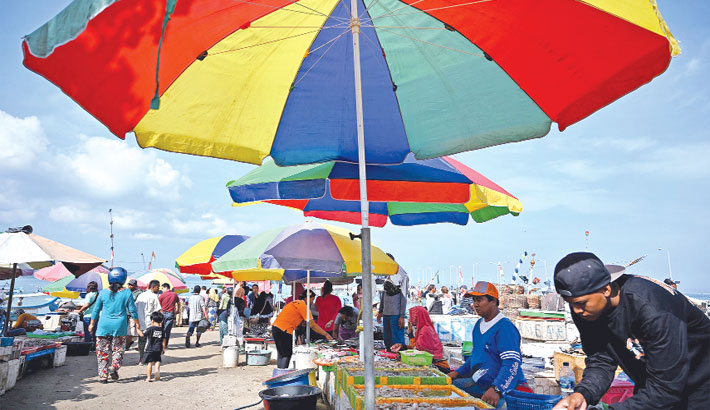 Vendors wait for customers at the fish market in Kedonganan near Denpasar on Indonesia's resort island of Bali on Thursday. South Korea and Indonesia have reached a preliminary trade deal equivalent to a free trade agreement but also including broader economic cooperation. The agreement is expected to help boost trade between the two nations by nearly 50 percent by 2022. 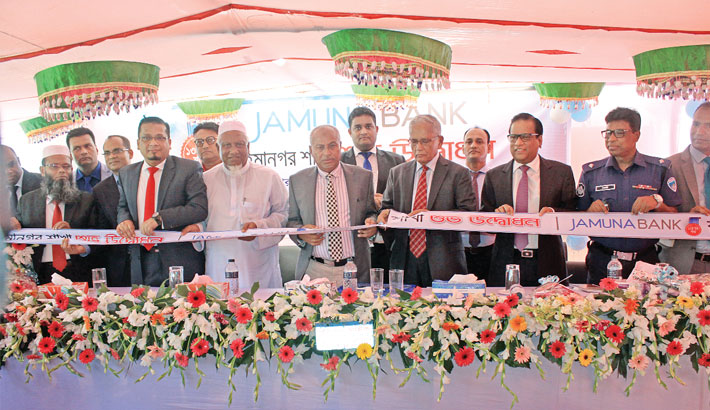 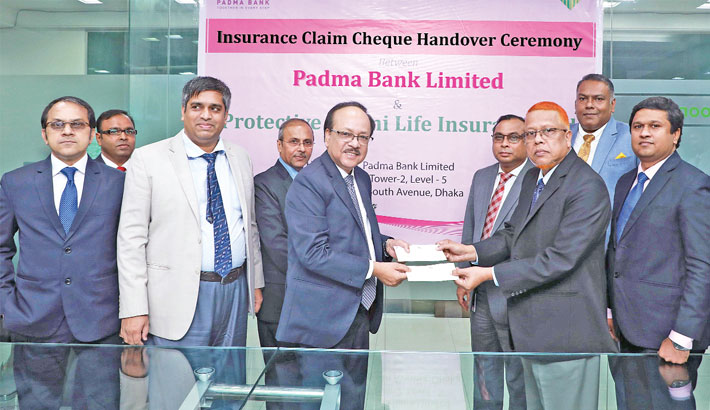