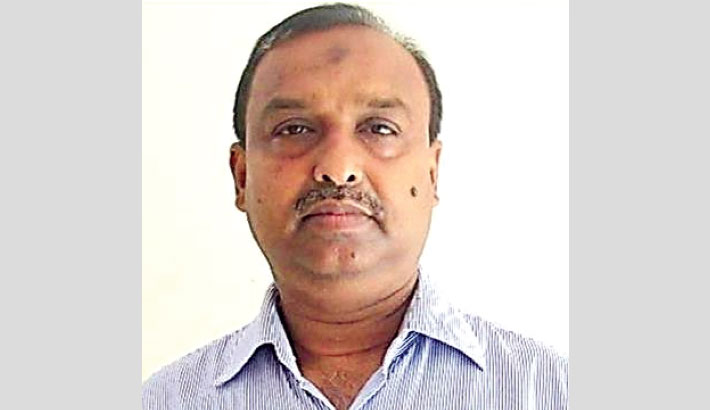 Leaving world’s developed countries like USA, UK, South Africa, France, Germany, Italy, Japan, South Korea etc; can you imagine extents and momentum of development in some south- East Asian countries like Singapore, Malaysia, Indonesia, Thailand and even Vietnam? These south-east Asian countries were not as rich as socio-economic development is concerned immediately after emergence of independent Bangladesh. But development scenario of those countries dramatically changed a lot and everybody will be impressed and surprised too seeing the enviable and sustained infrastructural, economic and environmental development along with digitisation in every sector.  Tremendous development that the countries also enabled to achieve is cleanliness of roads, markets, public places etc and citizens’ positive attitude of applying civic senses and etiquettes. The root cause behind history making achievement of these countries is establishing discipline in individual and social life as well as all sectors of economy. Thus pragmatic leader of Singapore, late Lee Kuan Yew rightly said, “I do not believe that democracy necessarily leads to development. I believe that what a country needs to develop is discipline more than democracy. The exuberance of democracy leads to undisciplined and disorderly conditions which are inimical to development.”

Developing Bangladesh needs gradually advancement in economy, keeping trends of continuous progress in growth rate, developed attitude of citizens, equal participation of both men and women in economic activities, stable and harmonise political environment and last but not the least maintaining discipline in every sphere of personal, social and work life. This is fact that application and co-existence of discipline and morality in socio-economic sectors is the key to materialise government vision of making the country a developed nation one by 2041.

So, the country’s socio-economic and cultural development crucially requires possessing positive attitude, practices of good manner and morality, obedience of rule of laws and maintaining discipline by citizens. The proverb “First deserve, then desire” is absolutely relevant to fulfil the country’s vision. Keeping movement of economic activities active, the government and citizens of the country must be committed, devoted and should have the attitude of maintaining discipline, applying morality and civic senses in daily activities of personal, social and working life to make people’s desire a success.

Establishment of discipline relies mostly on carrying rule of laws into effect, the integrity of leadership, good governance and strong will of citizens. The country has Prime Minister Sheikh Hasina like visionary, honest and committed leader, rules and regulation, hard working manpower, valuable natural resources as fertile land and cultivation friendly climate, availability of sweet water conducive to agro-production. Despite having such advantages for making Bangladesh developed (those didn’t have in Singapore, Malaysia etc), we are slowly advancing to achieve the targets because of absence in establishing discipline. But establishing discipline can never be a massive issue to the government as 90-95 per cent people of the country have the tendency of accepting rule of laws. They don’t like to commit corruption and immoral activities. They only seek happiness and want to lead life amidst discipline. Only 5-10 per cent highly educated, influential public and private officials, politicians, businessmen, professionals etc are involved in violating rules as well as committing corruption. Establishing discipline is challenging but not impossible if the government is able to resist the said small percentage of influential persons from committing immoral and undisciplined activities. And citizens believe that the government must be successful as the government is more powerful than others.

Citizens of the country are the only means of putting discipline into practice in everyday activities as discipline has diverse extents to apply in the daily life. It includes not only applying civic senses, good manner and morality but also keeping aloof from committing immoral activities. Discipline too has close connection with execution of rule of the laws. The country is experiencing severely absence of discipline nowadays in the forms of committing corruption, misappropriation of public money and resources, misuses of gas and electricity, induce others to commit irregularities for own interest, adulteration and contamination of food and essential commodities, industrialisation in the fertile cultivable lands instead of swampy and fallow lands beside tendency of disobedience rules, committing nuisance activities etc. Moreover, undisciplined issues are also found in the country as accomplishment of poor quality development works (roads, bridges, infrastructures in the public offices and educational institutions), negligence of performing duties properly by government officials, teachers, doctors and reluctance to give proper respect to taxpayer citizens by government officials. On the other hand, absence of coordinated and planned initiatives by the departments like PDB, BTCL, WASA, City Corporation/Municipality are responsible for wasting working hours and money, hampering  economic activities as well as increasing public sufferings.  Above mentioned issues are alarming towards making the country a developed one. Therefore, restoring discipline is crucially needed to remove aforesaid irregularities to be committed in the society.

The government may consider the following steps to be taken to establish discipline.

Highway traffic management and city/town traffic system must be modernised and digitised. Presence of illegal and unfit vehicles, picking and dropping passengers in the middle of road, stopping beyond the designated bus stops, removal of shops/markets beside highways, driving by fit and license owned drivers might be ensured. Illegal parking should resist. Taking quick exemplary punishment not considering accused status or designation may compel citizens to obey traffic rules.

Rule of laws must be executed by any means. Violation of laws must be brought under rapid punitive action irrespective to social and official status and political identity of the accused.

Present zero tolerance policy of the government against corruption and unlawful activities should be continued. This citizens’ desired policy should be applied not only for politicians but also for public and private officials, businessmen, professionals etc those are involved in corruption. Agencies concerned to relinquish corruption might be brought under close monitoring too.

Completed development works should have long life and it should be visible to citizens. Moreover, contractors’ profit, estimated costs, materials details etc might also be disclosed to citizens.

Discipline in tourism sector is significantly important by ensuring tourism-friendly infrastructure, transport, security, amusement facilities, beautification of spots etc so that tourists can choose Bangladesh to tour without any hesitation. Tourism sector could be a vital earning sector of Bangladesh like Malaysia, Thailand, Indonesia and Vietnam.

The writer is working for primary