Ganguly to focus on first-class cricket 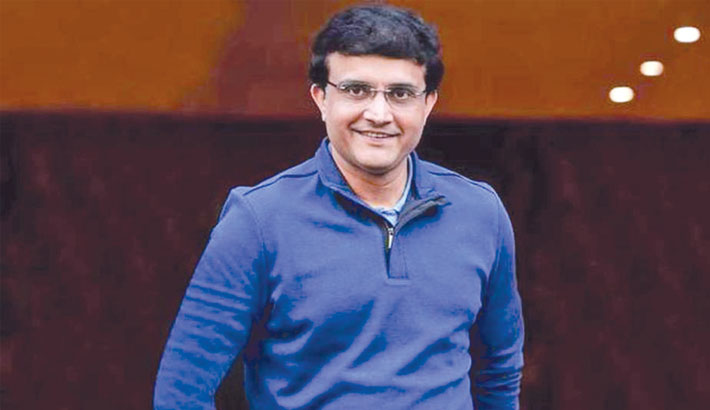 Speaking after filing his nomination, Ganguly referred to the "emergency" situation in BCCI over the last three years, which saw intervention from the Supreme Court of India and the appointment of a Committee of Administrators to oversee administrative affairs. The former India captain stressed that "getting the house in order" is first on his priority.

"I wasn't aware (of my name announcement) until 10:30pm yesterday. Even when I became captain in 2000, there were issues going around. It's always great to be looked at as someone who can do things in difficult situations," Ganguly said. "It's a very important time in Indian cricket administration, given what's happened in the last three years. There was an emergency situation, which the members have overcome.

"This eight-man team, announced by Rajiv Shukla, will try and get BCCI back in order. To be in a position where I can make a difference along with the team would be extremely satisfying. Hopefully in the next few months, we can put everything in place and bring back normalcy in Indian cricket.

"As a team, we have a lot of things to do. To get administration in order, get the house, the office in order. Cricket on the field has been brilliant. Team has played exceptionally well after the semifinal exit. Good cricket depends on the infrastructure and the backroom work, and it's our job at the back to make sure that everything is in the right frame and position so that the boys can excel.

Talking about his other priorities as the new BCCI president, Ganguly mentioned an increased focus on first-class cricket and cricketers, which will start with a manifold increase in the remuneration for them.

"For me, my biggest focus will be first-class cricket," Ganguly revealed. "I have been very vocal about looking after the first-class players, especially the time they invest. First-class cricket is the base, the strength. I have written so many times in the last few years that the remunerations need to increase, and increase manifold. So that's going to be priority to set the fc cricket in order. Look at cricket structure, look how governance happens and see smooth functioning happens with no issues."

One of the other issues Ganguly touched upon was BCCI's weakened position in the ICC. "We have not received money that we deserve from the ICC in the last three-four years. We generate 70-75 percent in revenues. That's one of the agenda, surely," he said. Ganguly also said that the role of BCCI President wasn't something he actively pursued, but is instead taking up the job after he was recommended by the senior people in the BCCI set-up.

"I never spoke to anyone, have never expressed that I was keen. 90% of representatives in BCCI at the moment in administration are new. In the current constitution, the way it is framed, a lot of people are tentative even to decide on positions in the BCCI. Because if it's not good enough, if it's not a position you can make a difference, they didn't want to take it. Because they will lose state associations positions."