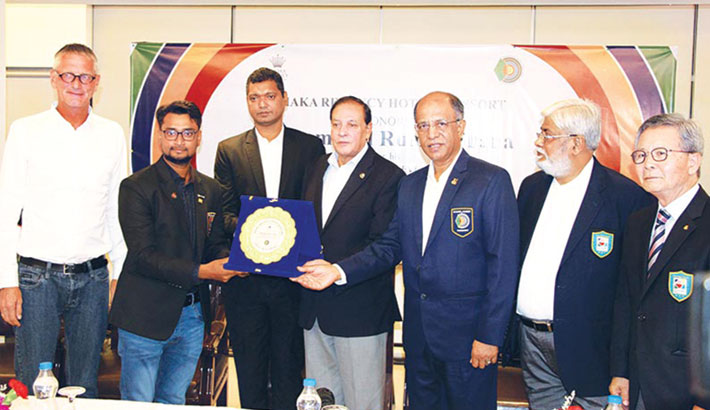 Country’s leading Archer Ruman Shana was honoured by Dhaka Regency Hotel and Resort in collaboration with Bangladesh Archery Federation (BAF) in the capital on Saturday for qualifying for the Tokyo Olympic Games 2020.

Shana was presented a ‘Crest of Support’ by Bangladesh Olympic Association Secretary General Syed Shahed Reza as the Chief Guest on the occasion.

Shana, who has been representing Bangladesh in various worldwide archery tournaments since his international debut in 2010, recently won the recurve men’s Gold Medal during the third leg of the 2019 Asia Cup in the Philippines in mid-September. Subsequently, he came in third at the 2019 Hyundai World Archery Championships, taking his country’s first medal in the history of the event and qualifying for Tokyo Olympic Games, scheduled to be hosted in year 2020.