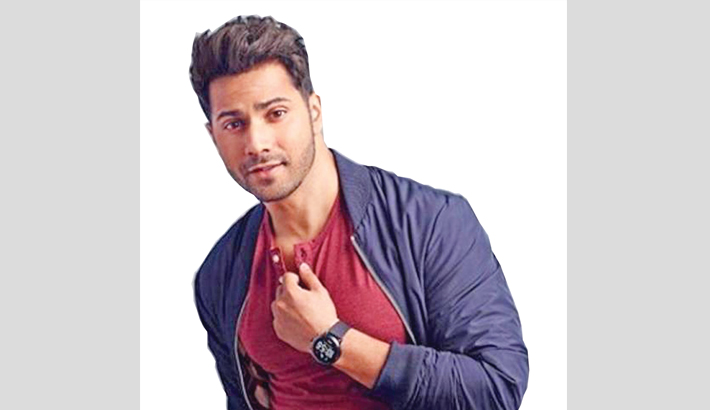 Varun Dhawan, who has been working on David Dhawan’s Coolie No. 1, has announced his next project now. The actor has been roped in for Sriram Raghavan’s next directorial which is a biopic on Second Lieutenant Arun Khetarpal who was martyred during the 1971 Indo-Pak war. While Varun will be stepping in Arun’s shoes for the biopic, the Student of The Year actor is excited to essay the role of a war soldier for the first time on the big screen, reports Mumbai Mirror.

Talking about the movie, Varun told that when producer Dinesh Vijan and Sriram approached him with the story, he was in awe of Khetarpal’s valour. Besides he was also moved emotionally after meeting Khetarpal’s brother Mukesh. “When I heard Arun Khetarpal's story I was awed that this could have actually happened! I understood then why Dinoo (Dinesh Vijan) and Sriram are so passionate about it. When I met Arun's brother Mukesh, I was moved. I too have a brother and I can understand what he must have gone through,” he added.

For the uninitiated, Arun Khetarpal, the 21-year-old soldier, is remembered for showing commendable courage during wartime. Khetarpal was honoured with the Param Vir Chakra posthumously and became the youngest recipient of India’s highest military decoration.

Calling it the most important movie of his career, Varun also emphasised that Arun Khetarpal’s story deserves to be told to the world. “And it's our responsibility to tell it correctly,” he asserted.

Sriram has been working on the story for over six months now. Interestingly, the director admitted being skeptical about directing the project earlier. However, just like Varun, Sriram too was moved by Khetarpal’s valour and decided to reconsider his decision. “This is a solid story told over two generations of soldiers and we hope we can do justice to it,” he added.

To note, Arun Khetarpal’s biopic will mark Varun’s second collaboration with both Dinesh Vijan and Sriram Raghavan. Earlier, the trio had collaborated for 2015 release Badlapur which was well received by the audience.

As of now, Varun is looking forward to the release of the much-awaited Street Dancer 3D. Helmed by Remo D’Souza, the movie is slated to release on January 24 next year.