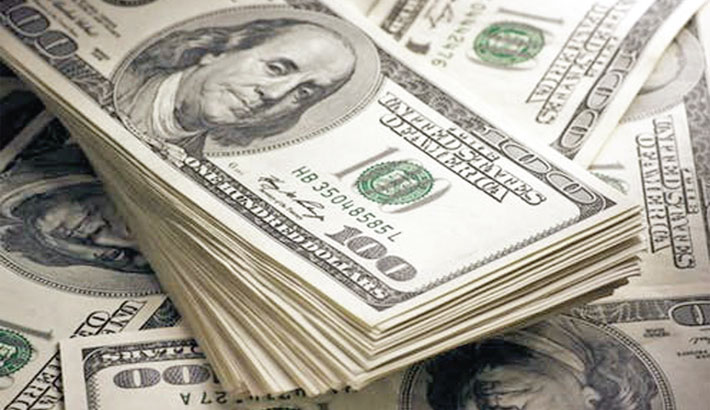 The foreign exchange market has turned volatile as the demand for dollar has gone up in recent days.

They also suggested stopping capital flight and money laundering to keep the country’s economy in position.

The interbank exchange rate stood at Tk 84.70 per dollar on Monday from Tk 83.90 in January this year, which was Tk 82.96 last year, according to Bangladesh Bank latest data.

The domestic currency has lost value of Tk1.74 against the dollar in the last one year.

Bangladesh Bank data showed that there is pressure on the foreign currency market due to more demand for imports rather than exports and remittance earnings. This year import growth is a bit lower. Besides, in the open market per dollar was selling at Tk 86.7 on Monday. The market insiders said recent crackdown on casino business, many people are collecting dollar from the open markets.

They said the casino kingpins think that dollar is safer for them instead of taka, some are trying to send the illegal money abroad through hundi for avoiding harassment in the country. This created additional pressure on the exchange rate of dollar and taka.

Sources said despite enough supply of dollar in the banking channel, the price of dollar is rising in the open market because of sudden raise of its demand.

Chairman of Bangladesh Foreign Exchange Dealer Association (BFEDA) and Managing Director of Sonali Bank Ataur Rahman Prodhan told daily sun that a large numbers of private importer are paying their import responsibility which created pressure on dollar in open market. However, the supply in the open market is not increased, so the price has gone up. However, some bankers said that there is a large amount of money stored outside the bank. The instability surrounding the recent anti-corruption campaign has increased the tendency for a group to move abroad.

“Devaluing the local currency puts pressure on the liquidity market as the settlement of LCs requires more money,” he added.

Due to more selling, foreign exchange reserves stood at $31 billion as of March 7, down from $32.27 billion a year earlier.