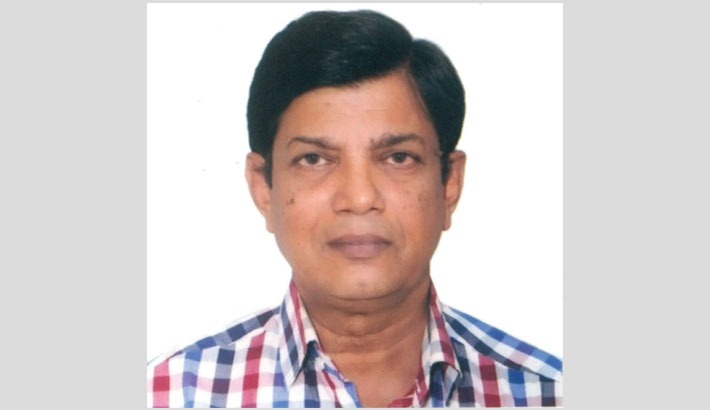 With the evolution of democracy certain sets of rights such as freedom of speech, right to fair trial, right to safety of property and life turned out to be inalienable in every part of the world. And Bangladesh is no exception to it. No civilized country can live without  press i.e. media as a whole. In a democratic set-up everybody is free to express his or her honest opinion through media. The press, therefore, wields a great influence on masses as it plays pivotal role in building public opinion.

Both freedom of speech and right to fair trial are fundamental rights guaranteed in the constitution of Bangladesh. Right to fair trial is absolute but freedom of expression is subject to some reasonable restrictions. Though media activism plays an important role to ensure fair trial at times, biased and unbridled media interference to the pending cases can create substantial hindrance to the administration of justice. Indeed, the favour and disfavour of the press can make and mar the image of judiciary.

Freedom of press and fair trial are basic and inseparable rights to which every government is supposed to refrain from interfering. But in practice, these two sets of rights are often compromised. With the expansion of communication through printing and other means, the free press and fair trial conflict developed tension and impediments to the dispensation of justice. The primitive idea started its formal journey in the U.K and the U.S.A in the beginning of the 20th century which drew attention of many contemporary scholars. Subsequently, the modern form of pre trial media perception of guilt and innocence of the accused developed. The trial of media gained formal currency in the western world during proliferation of TV news coverage in the 1960s.

In the fledgling democracy including Bangladesh conflict arises between the right of the press to comment on the pending trial and right of the accused to fair trial. A question may naturally arise whether a judge can or cannot be influenced by excessive media coverage on pending issues before the court. It is presumed that a judge is beyond being influenced by what the media says or clamours. A prevailing idea is that a trained judge should remain unmoved and impervious as well to any internal and external factor, while the Jury who are not trained personnel are likely to be impressed by media coverage of pending cases. Though the jury system was in vogue in the past in this sub-continent, both India and Bangladesh of late abolished this system as the jury tends to be susceptible to huge publicity and resultant influence.

Currently, in Bangladesh judicial magistrates preside over criminal courts of first instances. They are appointed from young law graduates through competitive tests being age of 32 years at best. Their tender age, lack of proper training and human susceptibility to the sensation that they are prone to consciously or unconsciously be influenced by media coverage on pending cases. Even though the press should refrain itself from over-publishing, yet the possibility is there to be influenced by the newspaper report. Pressure from influential quarters sometimes creates such a situation in which even a trained judge finds it difficult to remain dispassionate.

Preferring anonymity a good numbers of young judges, in a recently held judicial workshop at Dhaka, conceded that excessive media publication hinders the proper adjudication in many instances. A magistrate may refuse to grant bail keeping the adverse media coverage in view. Renowned justice Frankferter observed that in securing freedom of speech, almost all constitutions across the world hardly suggested any yardstick as to influence the judges and the jury. Reports of inadmissible evidence and sensational commentary can in no way be justified by people’s right to know, for it adversely impacts the cases pending with the court.

In many instances media tends to have created a widespread perception of the guilt and innocence of an accused even before the pronouncement of judgment. This is how the media undermines the unfettered fair trial right of the accused. Sometimes, reporters fail to take necessary caution in exposing juvenile, wounded and the victims. At times, media brings out series about a sensitive case which is under investigation. Though media is not bound to disclose the sources, such divulgence of an investigative issue may obstruct the outcome of case. For instance, video footage and photograph of someone who is likely to be evidence in court, can create tremendous risk and jeopardize the administration of justice. In exceptional cases, publications which refer to the feature of previous conviction and confession may also impede proper adjudication. There remain other aspects also such as judging the guilt and innocence of the accused and condemning the witness etc. which causes hindrance in dispensing fair trial. Media interview of potential witness should be prohibited and from legal point of view. Such media interference at least inadvertently misses the gap between suspect, accused and convict.

Amid glaring conflict between these rights, police directed media trial has already assumed serious dimension in Bangladesh. Exposing an accused before media under the aegis of law-enforcement agencies does not at all match the notions of law and ethics. Such cheap ploy is an outright denial to the core right of the accused. It may rationally be asked have they lost confidence in judiciary? Such disturbing facet of media trial under the auspices of state agency must be stopped forthwith. It may be suggested an independent enquiry committee be formed to assess the issue. It should also be borne in mind that a couple of writs are now pending for hearing before the honourable High Court.

It is self-evident that like other organs of the state namely the legislature, the judiciary and the executive, media has assumed the role of “fourth estate” in a democratic set-up. In a nascent democracy like ours where all other three organs are often unable to assert themselves, media should shoulder greater responsibility and prudence. It is desirable that media should not readily take the role of judiciary. It is the delicate duty of the judiciary entrusted to pronounce guilt and innocence of an accused. A clear difference between pre-trial media perception and media activism should always be maintained. If this maxim can be put into practice, it will substantially help our judiciary ensure fair trial.

The writer is a retired Deputy General Manager of BSCIC, Khulna.