Plan to laser map all land on Earth 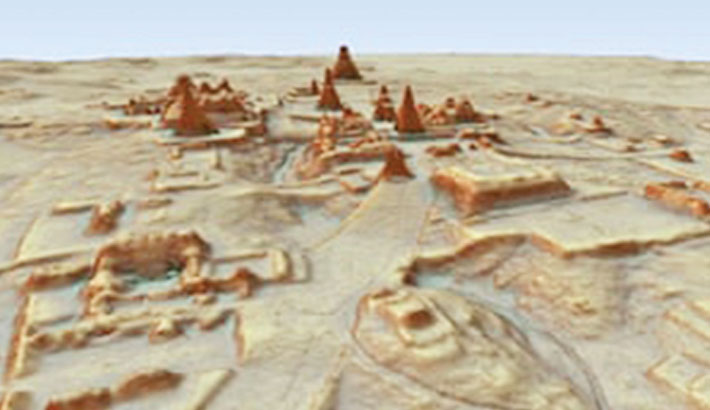 A project to produce detailed maps of all the land on Earth through laser scanning has been revealed by researchers who say action is needed now to preserve a record of the world’s cultural, environmental and geological treasures, reports The Guardian. Prof Chris Fisher, an archaeologist from Colorado State University, said he founded the Earth Archive as a response to the climate crisis.

“We are going to lose a significant amount of both cultural patrimony – so archaeological sites and landscapes – but also ecological patrimony – plants and animals, entire landscapes, geology, hydrology,” Fisher told the Guardian. “We really have a limit time to record those things before the Earth fundamentally changes.”

He also said that while it was important to take action on the climate crisis, even if we started “living like the Flintstones”, changes are already taking place.

The main technology Fisher hopes to use is aircraft-based Lidar, a scanning technique in which laser pulses are directed at the Earth’s surface from an instrument attached to an aircraft. The time it takes for the pulses to bounce back is measured, allowing researchers to work out the distance to the object or surface they strike. Combined with location data, the approach allows scientists to build 3D maps of an area.

The method has already helped reveal ancient cities deep in jungles and map the full extent of sites built by rivals to the Aztecs.

The resolution of aircraft-based Lidar data can lead to images with stunning detail. “We can see things on the ground that are on the order of 20cm or so … which is about the size of a construction brick,” said Fisher.

Fisher said the idea to use Lidar to create a global map came to him after hearing of the work of CyArk, a non-profit organisation which uses digital techniques including laser scanning to record cultural monuments and sites in 3D.

“I came to realise that is great, but those archaeological sites are just a tiny fraction of what we are actually about to lose in the next couple of decades because of the climate crisis,” he said.

Fisher said that Lidar works well over land and the ice caps. As a result the project will focus on the planet’s land area: roughly 29% of the Earth’s surface. Fisher says the first areas to be recorded will be those most under threat, such as coastal regions at risk from sea level rises and the Amazon, where deforestation is surging under the Bolsonaro government in Brazil.

Fisher said the first move was to collate existing Lidar data. The Earth Archive will also contain data from other techniques including aerial photography and satellite data, some of which already exists.