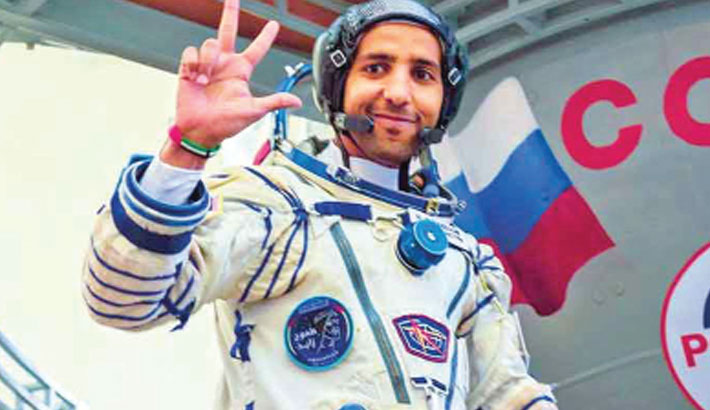 An Emirati astronaut who became the first Arab to reach the International Space Station received a hero’s welcome home on Saturday, reports AFP.

Hazzaa al-Mansoori of the United Arab Emirates was greeted by Abu Dhabi’s powerful Crown Prince Mohammed bin Zayed Al-Nahyan at the capital’s airport. Men, women and children lined a red carpet to welcome back Mansoori and his colleague Sultan al-Neyadi—who underwent the same training and served as a backup astronaut.

Children rushed towards the first Emirati spaceman to present him with flowers and hugs, as a group of men performed the traditional Yola dance.

Although Mansoori’s mission was short—eight days in total—it has been the source of great pride in the UAE, a newcomer to the world of space with ambitions to send an unmanned probe to orbit Mars by 2021.

The 35-year-old former military pilot’s whirlwind mission has had wall-to-wall coverage in Arab media. He returned to Earth on October 3.

Mansoori arrived home on Saturday following a stopover at the Roscosmos training base in Star City outside Moscow.

“This truly has been an international collaboration and I am humbled to have been part of this,” Mansoori tweeted shortly before his arrival.

Mansoori flew to the ISS after the UAE signed a contract with Roscosmos to allow him to become a “spaceflight participant”, a term used for people from outside the main space agencies who take short trips to the station.