A Brutal Murder – Many Unanswered Questions 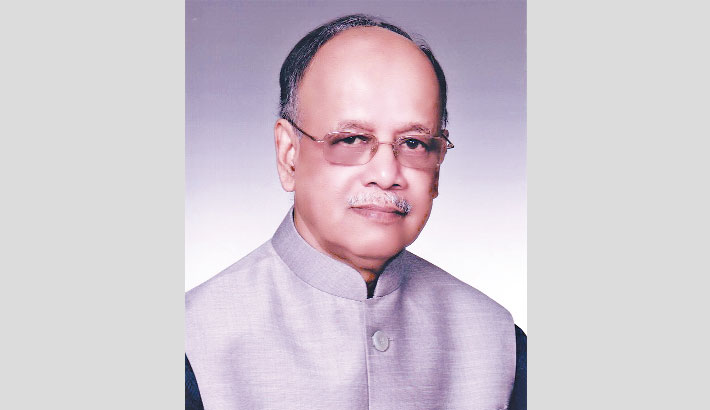 The brutal murder of Abrar Fahad (21) a student of Bangladesh University of Science and Technology (BUET), a premium institution of engineering education of the country, whose graduates feel proud to associate themselves with this prestigious institution, is in the news, nationally and internationally, for wrong reasons. A group of thugs who also are students of this university has mercilessly beaten one of their fellow students, Abrar Fahad, to death on last Monday. The excuse given by the killers for the merciless execution was that Abrar posted an opinion in his Facebook criticising the MoUs signed between Bangladesh and India during the recent visit of Bangladesh’s Prime Minister to India. One may agree or disagree with such postings but no one has the right to mercilessly beat anyone to death for his opinion. An average reader has that much of intelligence to judge whether certain information is wrong or right. 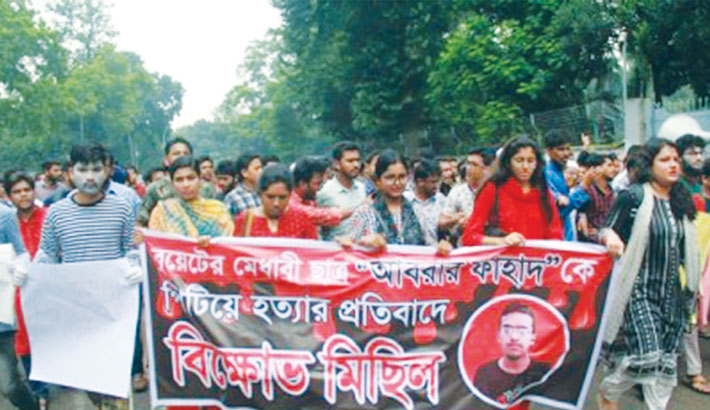 Those who killed Abrar were identified as students belonging to the Chhatra League, a party that was founded by no less than a person like the Father of the Nation Bangabandhu Sheikh Mujibur Rahman way back in 1948. Later Chhatra League became the student front of Bangladesh Awami League and it was perceived the future leaders will be groomed by Chhatra League. Till the seventies it really did. The mass upsurge of 1969 was spearheaded amongst others by Chhatra League under the leadership of young leaders like Sirajul Alam Khan, Nur-e-Alam Siddiqui, Tofail Ahmed, Hasan Hoque Inu and Abdul Quddus Makhan. With the passage of time many of them have left Chhatra League but their contribution in making   the history of Bangladesh, including the fighting for independence of this country will remain forever.

Till nineties Chhatra League tried to preserve some of their glorious past but everything began to fall apart when this student organisation began to be infiltrated by young people without minimum commitment either to Chhatra League or to the ideals of its mother organisation Awami League. Their commitment was focused towards the personal gains and often some of their activities even disgraced Awami League. Things went so far at one point of time its main patron Sheikh Hasina disassociated herself from all activities of Chhatra League.

Coming back to BUET it has created some brilliant engineers since its establishment in 1962. The brilliant architect know as Einstein of architecture Dr. Fazlur Rahman Khan who designed the once world’s tallest building, Sears Tower in Chicago was a graduate of BUET. The renowned water resource engineer Dr. Ainun Nishat once studied and taught in BUET. National Professor Dr. Jamilur Reza Chowdhury proudly tells he graduated from BUET. BUET students also played a strong role in the mass upsurge of 1969 and in the Liberation War. That the same BUET now has become a den of killers of all sorts is sad. In 2002 a young girl student of BUET Sabik un Nahar Soni tragically was killed when the goons of Chhatra Dal was fighting amongst themselves for taking control of a university tender. Now it was Abrar’s time.

Abrar was taken to another room and the goons tortured him and beat him to death. From available sources it is known that the killers tortured and beat Abrar for about four hours. He cried and moaned. It is also reported that another group of goons were posted in different dormitories so that none of the students could come out to help Abrar. The big question is every student has at least one cell phone. Why did they not call the hall provost, the proctor, and the local police and lastly even the Vice-chancellor. Around 2.30 at night a contingent of riot police came to the campus. Now who called them is a question that needs to be answered.

However the police did not enter the place of occurrence immediately. After the goons beat up Abrar he was left in the room to die. It is also reported that he even called one of his friend saying that he is terribly sick and needs medical attention. His friend was non-respondent. Abrar’s body was later taken by the killers and left near the stair case (according to another report taken to the hall canteen). Much later the police entered the dormitory along with the university doctor who declared that Abrar is dead. The Vice-chancellor did not come to the campus for two days. Later he said he was sick. But why was not someone available to tell this to the media or to the students? The answers to these questions need to be found.

During my more than four decade of professional life I have seen many campus killings but nothing like the one to match Abrar’s brutal murder. The murder was so heart breaking that even the UN Resident Representative in Bangladesh condemned the incident in clear terms. In every campus of the country there are protests organised by both students and teachers condemning the killing of Abrar. Already in about ten university campuses there are different kinds of unrest affecting the normal academic life of the universities. Now the Abrar episode has brought all the academic activities of this premier university to a standstill. The alleged killers have been arrested. Now the nation wants a quick trial of the killers and maximum punishment possible. The Prime Minister in clear terms said that it does not matter who belongs to which party, the killers will not go unpunished. People still trust the Prime Minister. Now every sane person in the country will wait to see her words are translated into action.

Campuses anywhere should not be turned into killing fields. Public universities run with public money. On an average every student gets a subsidy of one lakh fifty thousand taka from the government’s annual recurring budget besides a large amount of money spent for development works. The students must be grateful for the support they receive from the people. But killing an innocent Abrar is a wrong way of doing this.

Let the soul of Abrar rest in peace and the killers be punished.