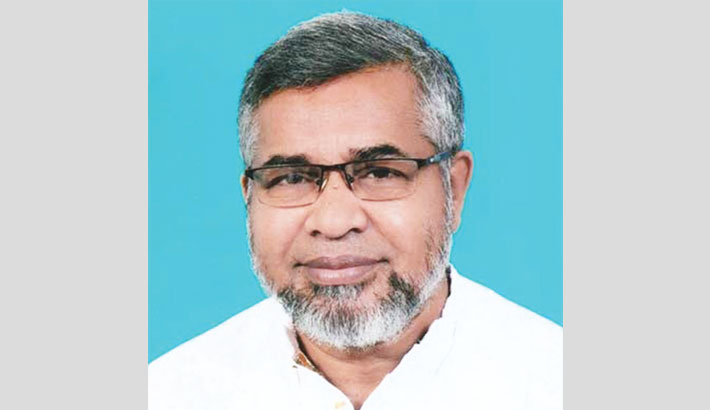 Rapid Action Battalion (RAB) arrested a councillor of DNCC from Sreemangal in Moulvibazar on Friday morning while he was trying to flee to India.

Murders, extortion, drug peddling, land grabbing and other complaints have been raised against him.

After his arrest, RAB led by its Executive Magistrate Sarwar Alam raided Mizan’s house on Aurangzeb Road and his office at Lalmatia in Mohammadpur in the afternoon.

Sarwar Alam told journalists in the evening that they had recovered a foreign pistol, four rounds of bullet, Tk2 lakh in cash, cheques of Tk6.77 crore and FDR of Tk1crore from his house.

Nothing was found in his office at Lalmatia.

During the raids, some local people carrying a banner brought out procession and demanded death sentence to the councillor.

He was elected councillor at ward no. 32 in the last Dhaka North City Corporation (DNCC) polls.

On Monday night, the elite force raided the house, but he was not found.

The councillor was living in the house with his wife, son and son’s wife.

Ashik Billah, commanding officer of RAB-2, said, “The cases filed against Mizan are being scrutinised. The complaint of his drug dealing in Geneva Camp is specific.”

However, according to sources, Freedom Party led by its members Kajol and Kabir attacked the house of Bangabandhu Sheikh Mujibur Rahman, which is situated on the old 32 no. Road of Dhanmondi Residential Area, on August 10 in 1989.

During the attack, the incumbent Prime Minister Sheikh Hasina was present inside the residence.

The attackers fired bullets and blasted bombs which promoted the security guards of the house, now Bangabandhu Memorial Museum, to retaliate. The attackers then forced to flee.

A case was filed with Dhanmondi Police Station regarding the incident.

In 1997, Criminal Investigation Department (CID) submitted a charge sheet before a court against 16 accused.

Mizan, alias Pagla Mizan, was included in the charge sheet as one of the planners of the attack.

Mostafizur Rahman, younger brother of Mizan, was reported to be one of the attackers.  Mostafiz was killed by miscreants in 1995.

Sources said Mizan manipulated tender of about Tk300-400 crore in the last two tenures of the grand alliance government.

Last year, a number of miscreants attacked the employees of a real estate company on the bank of Turag River, opposite of Dhaka Udyan, leaving one staffer Jewel dead and a number of injured.

The lawmen found the involvement of Mizan in the attack.

Mizan grabbed a piece of land at Shyamoli Playground and built a market there. He set up about 300 shops and rented those out.

Mizan had hand behind the clash between police and biharis of Geneva Camp on October 5.

The councillor used to earn about Tk5 lakh every month by giving illegal electricity and gas lines to kitchen markets from the lines of Geneva Camp.

Mizan came to the capital from Jhalakati in 1974. At first, he worked as an employee at a hotel in Mirpur.  After that, he began to steal iron covers of manholes of Dhaka City Corporation and interestingly sold those stolen items to the corporation, sources said.

It is widely said that once Mizan took shelter in a pond at Lalmatia mosque after being chased by police as he went to steal at Khezurbagan in Khamarbari in 1975.

Several hours later, he came out of the pond sans his clothes. Then, police labeled him as Pagla Mizan and released.

In that year, Mizan joined Freedom Party. He went to Libya as the member of the party for taking guerilla training.

But the family members of Mizan denied the allegations against him.

Mehedi Hasan Munna, nephew of Mizan, said the allegations against his uncle are baseless and his uncle is the victim of conspiracy by his rivals.