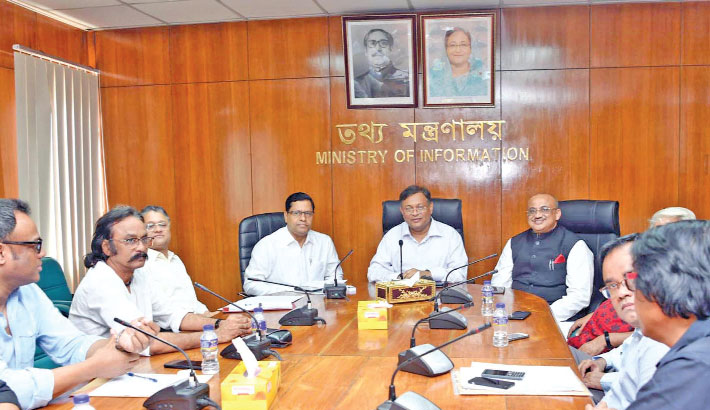 “Police have already arrested all accused,” he said as he exchanged views with Federation of Television Professionals’ Originations (FTPO) leaders at his ministry’s conference room at the Secretariat.

Hasan, who is the publicity and publication secretary of the ruling Awami League as well, added the government and the ruling party was always opposed to such killings.

The minister said criticism was the practice of a democratic state while one could respond to any criticism through his or her own opinions, adding “but, the killing or attacking can’t be the way of replying to any dissent or criticism”.

But the minister said a vested quarter was spreading propagandas on social media over the issue in their efforts to fish in troubled water but added that the government would not tolerate if anyone who were trying to capitalise the dreadful incident for their own interests.

He said tough actions will be taken against those who will try to spread false and fabricated information centering the death.