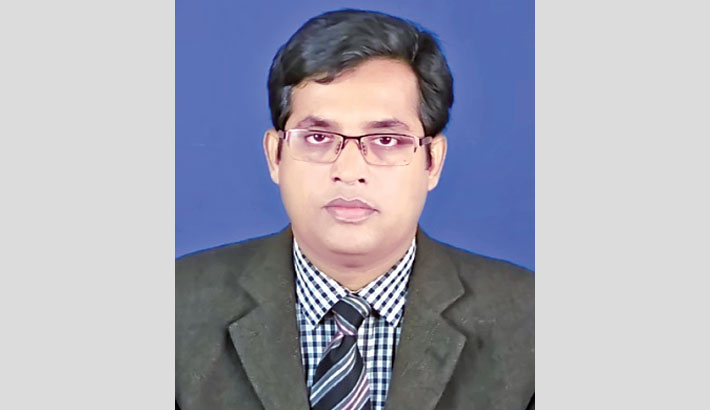 Rohingya influx into Bangladesh from 25 August, 2017, following military crackdown in the Rakhine State of Myanmar has been the hot topic of discussions for the last couple of years. On humanitarian grounds, the government of Bangladesh opened the border to provide shelter to the distraught Rohingyas who were brutally tortured by the Myanmar army.

Bangladesh government expected that the issue would get resolved in due course of time through bilateral talks and intervention of the international communities. Two years have already passed since the influx started; we see little hope of resolution of the problem. Instead, these refugees have turned into a liability on the government who is not only feeling the economic pressure but also sensing the complexity centering the issue of keeping these people within the designated camps as these people have started moving to different parts of the country.

Having grasped the essence of sending these people back to Myanmar, the government had several bilateral talks with Myanmar counterpart. Over time, both governments agreed on the return of these people to their motherland in phases. Regrettably, none of the Rohingyas want to go back. Thus, all preparations to send them back have gone in vain. Having failed to send them back to their motherland, the government has realised that the Rohingya incursion will be a long-lasting crisis for the country.

Recently, our Prime Minister drew the attention of the world community at the 74th United Nations General Assembly (UNGA) by expressing that, “It is unfortunate that I have to again raise this issue in this august body as the Rohingya crisis remains unresolved.” The government has comprehended the flagrancy of the intricacy associated with the issue. That is why, along with raising the issue at the international level, the government has been working hard to convince China so that they intervene in the repatriation of the Rohingyas.

The imposition of different types of restrictions, including the denial of citizenship rights by the Myanmar government on the Rohingyas has abridged the possibility of their return. Their homes and lands have been occupied by the Myanmar army. Thus, why would they return to Rakhine? Rather they are doing fine within the camps. They are getting all benefits without making any effort. That is why several attempts to repatriate a few thousand Rohingyas have failed due to their averseness.

Our foreign minister has recently stated that the Myanmar government has agreed to bring changes in the national identity form as they have accepted that there are problems in the form. This means that they might offer them national identity. But, the issue of citizenship has not been clarified which is an issue of concern for the Rohingyas as they would face the same challenge once they would go back to Rakhine.

As days progress, the enormity of the Rohingya crisis is getting worse. The people in the camps have started coming out from their restricted territory. In the last month, several incidents have happened that indicates that the issue could be a potential threat to the security of Bangladesh. The way over two lakh Rogingyas have organised a demonstration on the eve of the celebration of 2nd anniversary of their influx has made people concerned.

Most importantly, government intelligence agencies have failed to collect any prior information about the demonstration despite the different types of banners and festoons which were made earlier. This is indicative of the fact that many organisations working in the camps have been assisting them to remain united in the name of human rights. It has also been learned that many Rohingyas have managed to get Bangladeshi National ID Card issued with the help of corrupt officials of the election commission. Many of them have also been arrested in different parts of the country when they tried to apply for a passport. So, these people will soon be a burden on the government of Bangladesh.

In addition to these, most of the Rohingya people have remained engaged in drug and arms-related business. This is not only a threat to the national security of Bangladesh but also to India. Many insurgency groups will use this route to carry arms and ammunitions to Indian seven sister states. Since 2008, these seven sisters of India have remained subdued as the government of Bangladesh did not allow any insurgency group to carry arms and ammunitions using the soil of the country. Even, these camps could be used to supply of arms to different Pakistani insurgency groups. Thus, it could easily be claimed that the Rohingya issue will become a threat to regional security. If these people start moving around different neighbouring states, at some point, they might create problem for China as well.

Under the above circumstance, the world communities should perceive the gravity of the situation from the perspective of regional security. Unless different types of sanctions are imposed on the Myanmar government they would not respond positively regarding repatriation of the Rohingyas. Both the government of China and India will have to respond positively to the issue of repatriation. We all know that both countries have their business relationship with Myanmar. But, for the sake of stability of this region, they should come forward to assist Bangladesh government on this issue.

One encouraging issue is that the present Bangladesh government is in close relationship with both the government of India and China. Thus, it depends on the strength of our diplomacy to convince these governments. Despite having some positive changes, it is arduous to expect that the Rohingya refugees are going to be repatriated soon. Rather, they would remain a potential threat to regional security till the matter is resolved.