Afif emerges as ‘Master of all trades’ 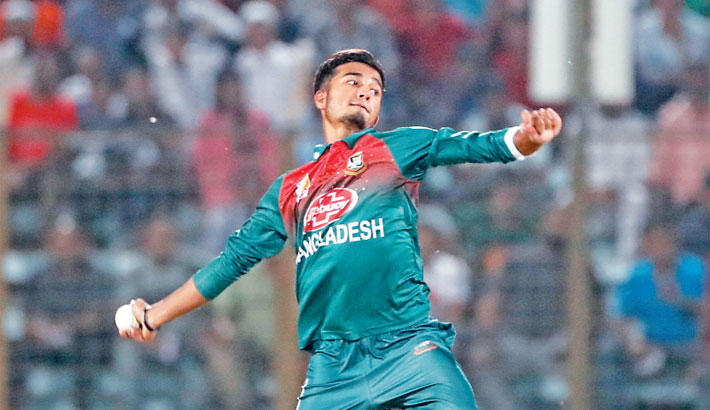 Twenty 20 cricket is all about ‘bits and pieces’ cricketers and Bangladesh prodigy Afif Hossain showed that he had the potential to be one of them during their T20 Tri-nation Series match against Afghanistan at Zahur Ahmed Chowdhury Stadium in Chattogram on Saturday.

The 19-year old cricketer completely changed the complexion of the game with his gentle off-spin by picking two scalps in quick succession but more importantly it helped Tigers to add him in the ‘all-rounder’ category.

While Afif hogged the entire spotlight with his batting heroics in the opening game against Zimbabwe where he scored a brilliant half-century to help the hosts earn an important win, his bowling remained under the shadow.

Bangladesh skipper Shakib Al Hasan looked desperate to break the opening pair of Hazratullah Zazai and Rahmanullah Gurbaz as the pair added 75 runs in 10 overs and was looking all set to launch a blitzkrieg.

Shakib decided to gamble by handing the ball over to Afif and the youngster looked ready to take the challenge against Zazai, who looked to be in murderous mood.

Afif kept his nerve and bowled fuller to the batsman to make sure he doesn’t have the time to dance down the wicket and hit him over the fence.

The gambled paid off as he got the better off Zazai’s patience as he drifted in from round the wicket, Zazai looks to sweep but the ball catches the top-edge before lobbing towards short fine and Mustafizur takes a simple catch to help the youngster earn his maiden Twenty20 international wicket.

The young lad kept his cool despite earning his maiden T20 wicket as he removed the dangerman Asghar Afghan one ball later to bring the hosts back into the match and completed the over without giving any run.

It needed to be mentioned that Afif earned the spotlight with his maiden appearance in 2016 for Rajshahi Kings as he picked 5 wickets in his opening BPL game.

It was later found out that Afif was a batsman who could bowl rather than a full time bowler with the ability to bat and on more than one occasions the youngster stated that he is always ready to contribute with the ball knowing the importance of multi-skilled cricketers.

The emergence of Afif as a cricketer with the ability to break partnership can surely be encouraging for Bangladesh national team as the team management is trying to prepare their team for the next ICC World Cup, scheduled to be hosted in Australia in 2020.