I do watch my films again and I never think I do a good enough job: Sonam 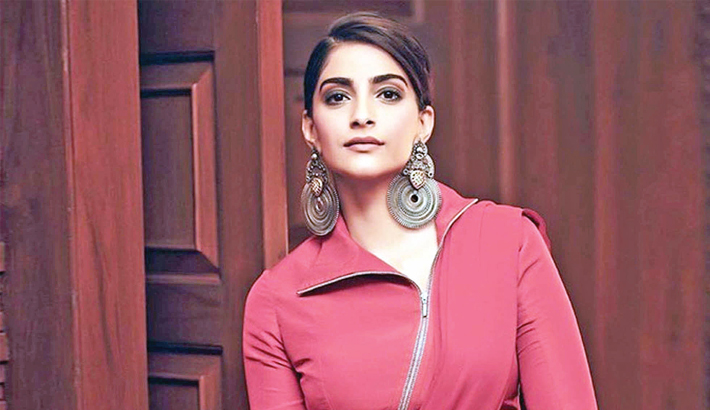 Actor Sonam Kapoor has been lauded for her work in films like Raanjhanaa, Neerja but she believes her best is yet to come. It’s been 15 years for Sonam in the film industry and she says “her journey to stardom wasn’t easy”.“I don’t think anything good comes easily to anyone. If it comes easy then it is going to go in a easy way. I have been blessed, I am lucky with the roles I have got to play but at the same time there is no substitute for hard work and I have been extremely hard working. I am there for the long run. I want to keep working till the end of my life,” Sonam said, reports Hindustan Times.

The actor believes every person is “imperfect” in real-life and she enjoys bringing imperfections on the big screen. “I don’t think I have ever played super perfect character. I don’t like doing that. I don’t relate to them. I don’t think they exist. I enjoy playing little imperfect human beings because humans are not perfect. You need correct representation of boys and girls, but we don’t have it.”

In the recent past, Sonam has headlined female-led films like Aisha, Khubsoorat, Neerja, Veere Di Wedding, Ek Ladki Ko Dekha Toh Aisa Laga and the latest in the line is The Zoya Factor. The actor says she is happy more stories are narrated today from a woman’s perspective. “Today I see there has been a change but it is slow. But any sort of change is welcome,” she adds.

In The Zoya Factor, which released on Friday, Sonam is the lucky charm for the Indian cricket team. Dulquer Salmaan plays Indian skipper. The film, directed by Abhishek Sharma, is an adaptation of Anuja Chauhan’s book The Zoya Factor.