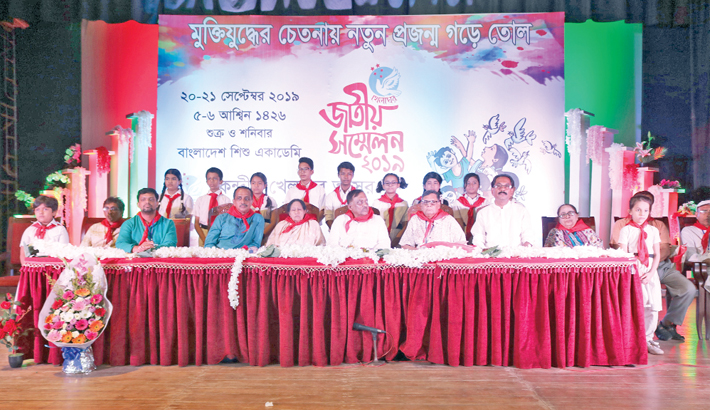 Home Minister Asaduzzaman Khan Kamal along with other guests attends the annual council of Kendrio Khelaghar Asor at Bangladesh Shilpakala Academy in the capital on Saturday. – SUN PHOTO

The two-day annual council of Kendrio Khelaghar Asor, a well-known organisation of children, concluded on Saturday with a vow to fight child abuse through cultural movement.

At the event held at Bangladesh Shilpakala Academy (BSA) in the capital, guests called upon the children and councillors to make more contribution to the country’s development.

On the final day, the councillors elected national executive committee for the next one year.

Best children performers from across the country took part in a cultural programme.