Masakadza disappointed not to reach final 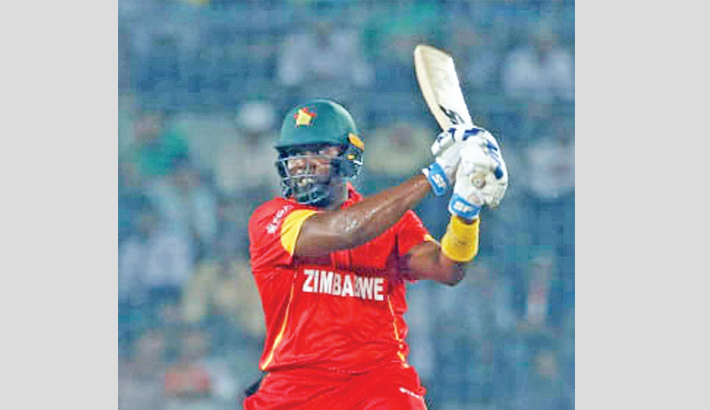 Zimbabwean skipper Hamilton Masakadza said that he is disappointed not to reach the final in the ongoing Tri-nation as he appeared in the national jersey for the last time when Zimbabwe played Afghanistan in their last group-phase match at the Zahur Ahmed Chowdhury Stadium on Friday.

Although it is a dead rubber, the match between Afghanistan and Zimbabwe in the T20I was a big occasion for Zimbabwe skipper Hamilton Masakadza as he ended his career playing 310 international matches across formats.

The Zimbabwean Cricket Board marked the occasion by putting his nickname Mudhara (310) on his back.

“Bittersweet that we can’t make the final,” Masakadza told TV presenters after the toss.

“Obviously, my last game and it would have been nice if we could have done it,” he said.

“We need to build on a few things going forward,” he said.  “We’ve never beaten Afghanistan in a T20 game, so that’s one thing to correct,” he said.

The game was just of academic interest as Zimbabwe’s 39-run loss against Bangladesh on Wednesday had ended their hopes of making the final.

Masakadza valued the support offered by the host board to enable Zimbabwe’s participation in the tourney that also involves Afghanistan. This was Zimbabwe’s first appearance on the field since their suspension by the ICC in July, which effectively ended their chances of being involved in the World T20 Qualifiers. But the suspension doesn’t prohibit them from playing bilateral or tri-lateral cricket.