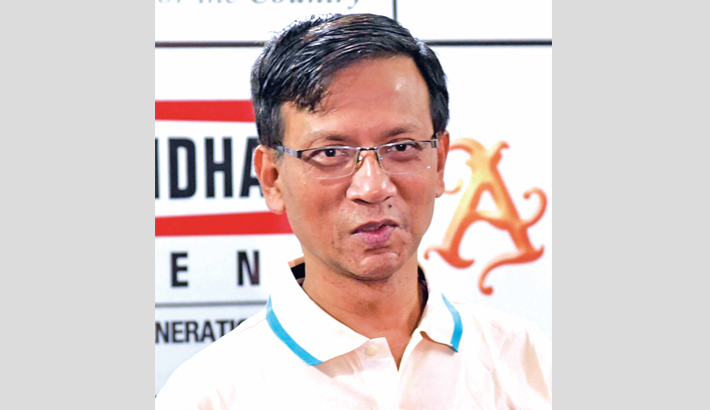 Bashundhara Kings President Imrul Hassan hoped to groom Bangladeshi young talented footballers in the coming times to make sure that the future stars can serve their nation and improve the state of football in the nation.

“We have identified some talented young booters from the tournament (Bashundhara Kings BFSF Under-14 Academy Cup) and hope to provide them the opportunity of skill training with us,” said Imrul Hassan on Friday.

Bashundhara Kings General Secretary Minhajul Islam Minhaj was elated to be part of this successful tournament.

“I think all of us should be proud of our achievement to be able to pull off such a huge tournament successfully. I congratulate both the finalists for playing exceptional football which indicates that the quality of football in our grass roots level is still very good,” told Minhaj.

The final was supposed to kick off at 3:00pm but eventually commenced at 05:30pm for a 30-minute match due to torrential rain hindering the prospects of the match.

The match ended goalless in the regulation time and went to penalty shoot-out directly. But the young booters were up to the task as both, Shams-Ul-Huda FA and MK Galaktiko were tied up with 5-5 goals after the penalty shoot-out as none of the shots could be saved by any of the goalie.

Following the by-laws of the tournament, the final then went to sudden death. Both the teams went toe to toe till the first goal of sudden death but Shams-Ul-Huda FA goalkeeper Shopno came good in the second shot of sudden death as he fisted Galaktiko forward Rayhan’s shot thus scripting a sensational triumph for his academy.

The tournament was a huge success which was evident by the presence some thousand odd spectators in the field despite the sporadic rain and muddy outfield.

Earlier, on way to the final on Thursday, MK Galaktiko of Sylhet beat FC Khulna by 3-0 goals in the first semi-final while Shams-Ul-Huda FA edged past Gendaria FA by a lone goal in the second semis.

Besides, all the participating teams were given match fees.