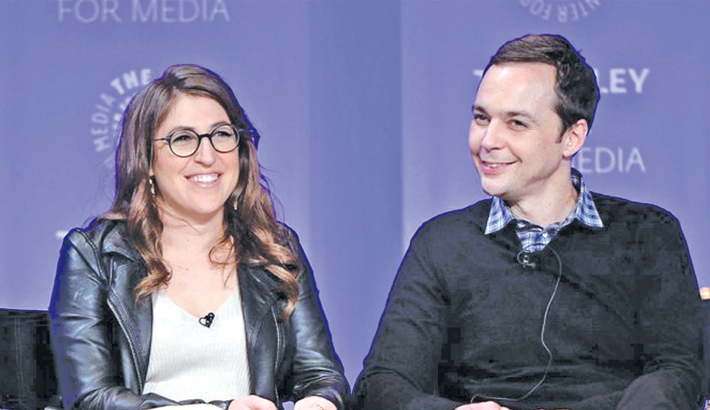 Mayim Bialik is reteaming with her former onscreen husband, Jim Parsons, for a Fox comedy called Carla. The multicamera effort has landed at Fox with a hefty series commitment penalty, meaning that if the show is not picked up to series, the network would have to pay producers Warner Bros. TV a sizable financial penalty, reports Hollywood Reporter.

Bialik will star in Carla, which is based on creator Miranda Hart's BBC U.K. original series Miranda. The comedy revolves around the titular character, a 39-year-old woman who struggles every day against her mother to prove that you cannot have everything you want — and still be happy. That's why she spent the money her parents set aside for her wedding to open a Cat Café in Louisville, Kentucky.

Darlene Hunt (The Big C) will pen the script and executive produce alongside Bialik; Parsons and his husband and producing partner Todd Spiewak; BBC Studios' Angie Stephenson; and Hart.

The potential series is a co-production between Fox Entertainment and Warner Bros. TV, where Parsons and Bialik are both under overall deals following their longtime relationship with the studio behind Big Bang Theory. As an indie broadcast network without a studio counterpart following its asset sale to Disney, Fox is boarding many of its new shows as co-productions as a way to ensure it retains at least a partial ownership stake in its content.