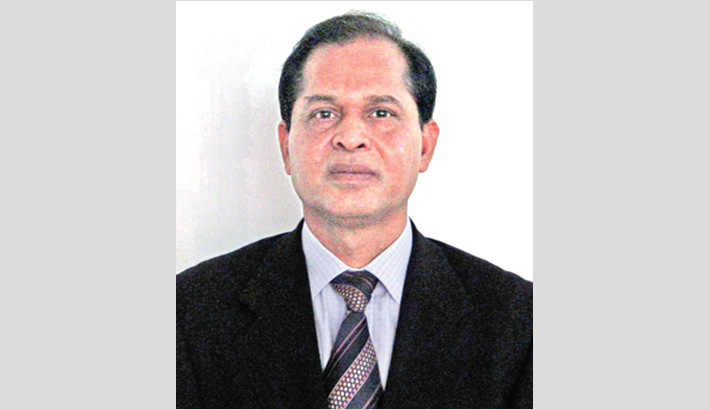 A news item titled “Illegal travel agencies cheat overseas jobseekers”, published on the front page of the ‘Daily Sun’ on 18 September 2019, has attracted my attention like many other readers. The report, referring to the Rapid Action Battalion (RAB), has also mentioned the names of some tour operators or travel agencies who have been doing business being illegal entities. According to the report, these travel agencies were found involved in cheating overseas jobseekers. These agencies, through middlemen, allure people by offering jobs abroad and thus collect big amount of money. In fact, being travel agencies, they have been doing the job of recruiting agencies.

We know there is a clear cut difference between a recruiting agency and a travel agency or tour operator. Their fields of operation are well defined by the government. A travel agency has no authority to send any person abroad with a job and in the same way a recruiting agency cannot do the work of a tour operator or travel agency. It should not be the job of a travel agent to victimise the people as mentioned in the said report. But, in Bangladesh, perhaps nobody cares. If one can do such activities without any hindrances, there is no reason to remain in the circle of fools. They are very smart guys! However, sometimes, a person sent by a travel agent on tourist visa, may continue his stay in a foreign country illegally and one day, might luckily be legalised.

In any way, a travel agent or tour operator will never confess or acknowledge that it is sending the jobseekers abroad. Once they are caught with passports of the jobseekers, their normal reply would be that they are going abroad as tourist. And those jobseekers will never tell you the truth, rather, follow the reply as tutored by the agency people. Above all, the law enforcement authority would require the proofs that these agencies are basically involved in human trafficking. In that case, the jobseekers would not stand beside our authority unless and until they are not cheated. One should not expect that situation also. Because, both the parties have their own dream and interest.

It is well understood why the intending foreign jobseekers come to these travel agencies. There are three reasons: (1) the jobseekers, mainly from rural areas, do not have the knowledge about recruiting or travel agencies; (2) due to their lack of awareness, they easily believe that travel agencies can send them abroad on job visa and (3) the jobseekers want to go abroad by any means, they do not care whether they will be illegal there or not. Truly speaking, the way our people are crossing the national boundaries with the help of these agencies is nothing but a sophisticated way of human trafficking. However, if a travel agent or tour operator organises a tour plan to any foreign country as requested by a person, one cannot define that as human trafficking legally. But, that is not happening. This is done intentionally once agreed by the two sides.

The travel agencies, who are involved in such activities, have not started their operation in a day or two. They have been doing this for years in front of the eyes of the government. The obvious question arises- how they have been doing these activities. The time has come to bring them to justice. Our concerned authorities might do necessary investigation to find out, from their office records or from the victims, the number of people they have already trafficked and whereabouts of those people. It might be a difficult job, but not undoable. If there is a decision like this, then the complete list of human trafficking happened through either legal or illegal travel or recruiting agencies could be done. It could be a joint operation to be contributed by our authorities in Bangladesh, our missions abroad and the victims.

In foreign countries, we have seen that travel agencies sell tickets of various airlines as well as arrange necessary tour related activities. A person going for tour normally organises his own visa for the country (ies) he would travel. But, in our country, money makes everything perfect, whether it is under ones jurisdiction or not. We do not know how long this system or philosophy would work. We need to establish our mindset following a disciplined, lawful and well mannered system. Any of our activities, that break the norms of discipline, should not be allowed to run. It must be stopped immediately to have a disciplined nation.

Our understanding about the issue deserves some initiatives to be taken by the concerned government authorities as well as the stockholders. Those initiatives might be: (1) creation of awareness among the people so that they will not be allured by those agencies and be cheated; (2) strong monitoring and vigilance by the concerned authorities would facilitate the eradication of these activities as well as the existence of illegal agencies; (3) authorised or unauthorised agencies, found involved in such human trafficking activities should be brought to justice and be punished according to the laws of the land; (4) all agencies might be asked to submit to the concerned authority the monthly report detailing how many persons they have sent abroad on tour or foreign job with copies of their passports and visa; (5) an agency fails to submit such reports for three consecutive months might be served with a ‘warning’ and if it continues for further three months, the authorities may like to cancel it licence; (6) our missions abroad might be instructed to send detailed reports to our authorities about our nationals who are caught by the local police for their illegal stay or for any other reasons; (7) by comparing the lists of the agencies in Bangladesh and the lists of our missions abroad would give us a clear picture of the whole scenario and would help us in taking necessary measures; (8) the cost for repatriation of the victims should be borne by the agencies involved; (9) human trafficking is a punishable offence according to our law and it needs to implement only; (10) our immigration at the airport or land port may interrogate any passenger in case of doubts that he or she is going to be trafficked; (11) foreign job seekers have also the responsibility to understand the situation and they can seek the advice from the local educated people, if needed; etc.

I am confident that our authorities have the ability to control these activities and save our people from the hands of those agencies who are, in fact, human traffickers. It needs only sincerity, honesty and willingness of the implementing authorities. Otherwise, nothing could be gained, the sufferings of our people would continue.

The writer is a former secretary and ambassador