BNP institutionalised graft during its rule 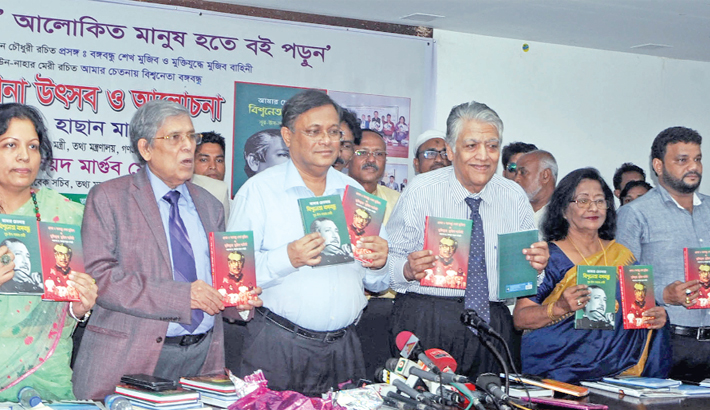 Information Minister Dr Hasan Mahmud along with other guests holds the copies of two books on Bangabandhu Sheikh Mujibur Rahman at a programme marking their launch at the National Press Club in the capital on Thursday. - SUN PHOTO

Information Minister Hasan Mahmud on Thursday said that corruption was institutionalised during the then BNP government.

“It (corruption) was institutionalised during the then Khaleda Zia-led BNP government,” he said.

Hasan, also the publicity and publication secretary of AL, said this while addressing the cover unveiling ceremony of two books on Bangabandhu Sheikh Mujibur Rahman at the National Press Club in the capital.

Hasan said apart from establishing corruption as institutionalise one, BNP-led government was champion in corruption for five times. But Sheikh Hasina has taken a ‘zero tolerance’ policy against corruption, Hasan said that actions have been taken against irregularities and anomalies irrespective of political ideology.

Over ongoing development of the country, the information minister said that existing GDP growth rate of Bangladesh is highest in the world. “Now we are ahead of Pakistan in all index and India in some index,” he said adding that such incredible development has earned global appreciation.

Omor Prakashani has organised the event with former information secretary Syed Margub Morshed in the chair.