‘All edn instts to be nationalised in phases’ 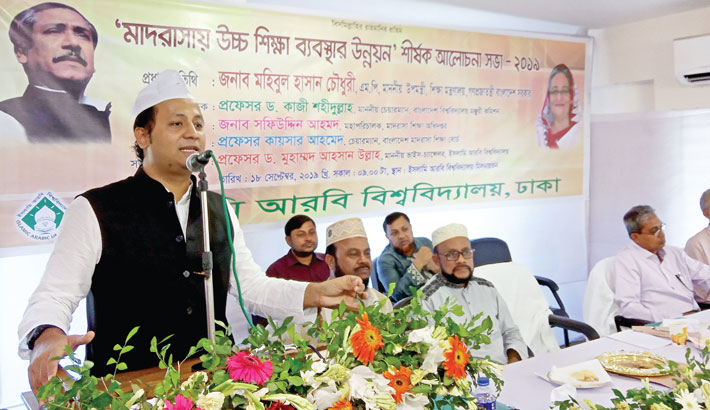 Deputy Minister for Education Mohibul Hassan Chowdhoury Nawfel on Wednesday said that all educational institutes, including madrasas, will be nationalized in phases.

He said, “We have achieved success in spreading education all over the country. Now, we are laying emphasis on the quality of education and infrastructural development.

“After achieving this goal, we will nationalize all educational institutes,” he added.

He came up with the remarks while speaking as the chief guest at a discussion titled “Development of Higher Education System in Madrasa” held at the Islamic Arabic University (IAB) campus in the capital’s Bosila.

Nawfel said, “Now lack of morality is our big challenge. The country and society hope that those who have received religious education will be honest in their professional lives.” The deputy minister urged the Islamic scholars to be role models for others in society.

“Corporal punishment is a type of criminal offense. It will not be accepted in any way,” he said.