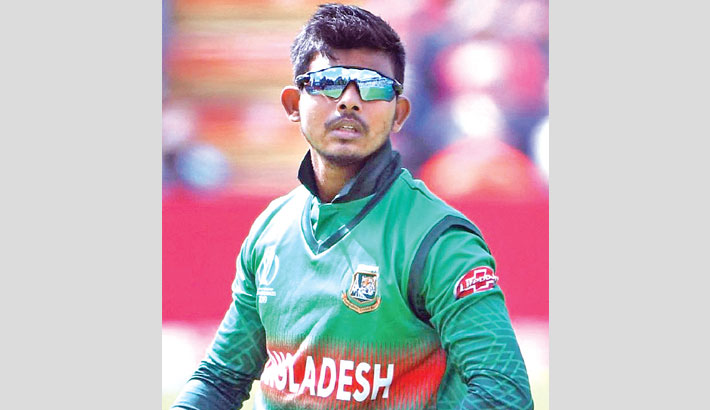 Bangladesh survived a huge injury scare as Mossadek Hossain was declared fit to play despite sustaining a hamstring during the preparation at Zahur Ahmed Chowdhury Stadium on Tuesday.

The host had a sleepless night as they had to deal with a heavy injury blow as Mosaddek made valuable contributions in their opening match victory against Zimbabwe.

“Mosaddek got injured while practicing with the team. He is under observations of physio Julian Kalafot and we are confident that he will be available for us against Zimbabwe,” Minhajul told daily sun ahead of the game at Chattogram on Wednesday.

If Mosaddek was ruled out then Tigers would have had to make some changes in their playing eleven for their do-or-die match against Zimbabwe as a win would seal a place in the final for them.

And in that bid to seal the spot in the final with a match to go, Bangladesh batted first against the Southern African nation in their third match of the tournament at Zahur Ahmed Chowdhury Stadium in Chattogram.

This is however the first match of the tournament’s Chittagong leg as action resumed in the Tri-nation Series after a two-day gap with coin favouring the Hamilton Masakadza in this match as he chose to bowl first.

Both Bangladesh and Zimbabwe wouldn’t be proud of their effort in the Dhaka leg of the tournament. Bangladesh were far from their best in both the matches. Even their three-wicket victory against Zimbabwe was not convincing enough.

Zimbabwe however lost their match to Afghanistan also by 28 runs, meaning they couldn’t afford a defeat in the match against Bangladesh since the loss would straightway eliminate them from the tournament. So a victory is mandatory for them as well.

A defeat in the match won’t rule out Bangladesh’s possibility to reach the final but the consequence of the defeat would certainly be harsh, given the way Tigers’ performance in recent time irked the fans.

Therefore a desperate Bangladesh side brought three changes to the side which lost their last match to Afghanistan and also handed debut caps to two players top order batsman Nazmul Hossain Shanto and leg-spinning all-rounder Aminul Islam Biplob. The other player who made it to the squad is Shafiul Islam who returned to the T20 fold after two years.

To accommodate them, Sabbir Rahman, Soumya Sarkar and Taijul Islam were excluded. Soumya however was not in the squad for the third and fourth match of this tournament.

Zimbabwe made two changes. They have left out Tendai Chatara and Craig Ervine and brought in Chris Mpofu and Richmond Mutumbami.