Mosharraf eying to return with NCL 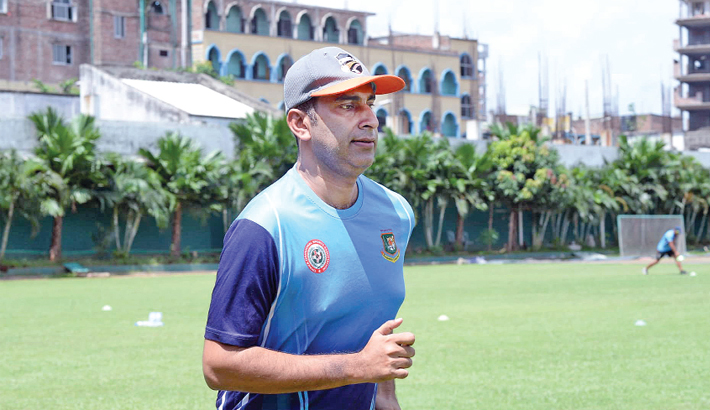 Bangladesh veteran all-rounder Mosharraf Hossain Rubel eyeing to make his comeback through the National Cricket League after easing up with brain tumuor, overcoming the battle against the severe disease.

Back in March, Mosharraf came to know about the tumor during a medical check-up that revealed he has been diagnosed with glioma, a type of tumour that starts in the glial cells of the brain or the spine. But after months of treatment, the initial threat looks less threatening and the batsmen eyes for fresh start improving his fitness.

“I want to start playing from the National League. After playing one match I will understand (physical condition). I have to start new,” Mosharraf told reporters on Tuesday at the Sher-e-Bangla National Cricket Stadium.

“Bowling is better now. I bowled before the last chemo (therapy). I think, there were gaps so the fitness level is low and becoming tired. Surgery and for the other reasons, not feeling anything. Like generally what happens after a break, happening with me,” Mosharraf added.

“I have to push on fitness. And others are ready. If I bowl with my eyes close, the ball will land in the same area. Now fitness is the barrier to start. If I can recover then I can play,” he said.

The batsman said he wants to play the dominant cricket he used to play in the domestic circuit while he returns but labeled National team thoughts as ‘second step’ when quizzed about that.

“Now I am not thinking that far. That is the second step, not thinking about that. I just want to play competitive cricket in the field,” Mosharraf stated.

Though the current improved situation, Mosharraf had been through different phases of treatment after diagnosed with a brain tumour in March. As there will still be some hint remaining, the spinner confirmed a regular check-up is needed even after the last Magnetic Resonance Imaging (MRI) was clear.

“Radiotherapy, surgeries ended without any problem. When the three surgeries are done, it is going to be cleared in November. And in the meantime, they did MRI. The report is good,” Mosharraf told reporters.

“Still there are three (therapy) left. There will be another MRI after three months. Now, after three to six months the MRI is needed for another check-up. There is a possibility of returning it after 5-10 years,” he said.

“There (in the brain) might be something in microform. The surgery was very good. There is nothing in the MRI report. You can’t see anything with eyes but there is a possibility with a microscope. And it can grow from there. That’s why I have to burn it with radiotherapy,” Mosharraf concluded.