We are confident to change our fortune: Williams 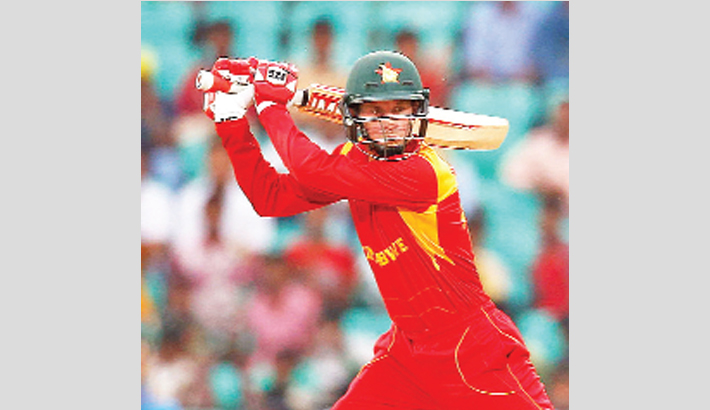 Zimbabwean all-rounder Sean Williams said on Tuesday that they are confident to change their fortune in the do-or-die affair against the host in the ongoing Tri-nation T20 series.

Zimbabwe will have to win their next game against the hosts Bangladesh at the Zahur Ahmed Chowdhury Stadium in Chattagram today.

The ongoing T20 Tri-series featuring hosts Bangladesh, Afghanistan and Zimbabwe, has now moved to Chattagram’s Zahur Ahmed Chowdhury Stadium, where all three second-leg matches will be played starting with the Bangladesh-Zimbabwe encounter today.

Bangladesh and Afghanistan reached the port city on Monday in the evening while Zimbabwe, who played their last fixture against Afghanistan in Dhaka on Saturday, had reached on Sunday.

Zimbabwe, lost their matches in the first phase at the Sher-e-Bangla are eyeing to revive their fortune by earning a win against the host and according to Williams, they are taking inspiration from their last game.

“I think both games are must-win games. If we do the basic things correct, fielding… fine margin in this game. If we can improve in these areas I think we can have a good transfer winning both these games. We pushed both of these teams to the last over. So, if we can make a better decision on the field more frequently, I think we will have a very good chance,” Williams told reporter at the Zahur Ahmed Chowdhury Stadium on Tuesday.

“Bangladesh are a very strong team all around. They have got a very good structure going down to the club level. The T20 can go either way like I said, it is a fine margin. They have got some very good players, some very experienced campaigners- Shakib, Mahmudullah, Mushi- they are all very good players and we respect that fact so we are never going to take any game lightly. We like to go and focus on our own things and do what is quite for our team,” he said.

Williams added the host is under pressure as a loss against Zimbabwe will make their chance in the final vulnerable.

“It is, definitely. Like I said, if we focus on what we need to do, everything will take care of itself. They are under pressure, we know that but again it goes back to us in the basics,” said Williams adding that the seniors are providing a lot of inputs to the juniors in the dressing room.

“We have given a lot of input to the junior guys. It is how they take it and what we do (the senior players) is important as a back plan of the team to teach them for the future. And obviously, few of us are under-performing. So we need to step up as a senior group and obviously get the juniors following. They have got us out travel twice now. If the seniors can step up and do well, I will crag myself. They are brilliant and showing signs of very good form on its way. So (if) we can step up, I think we have a very good chance,” he concluded.