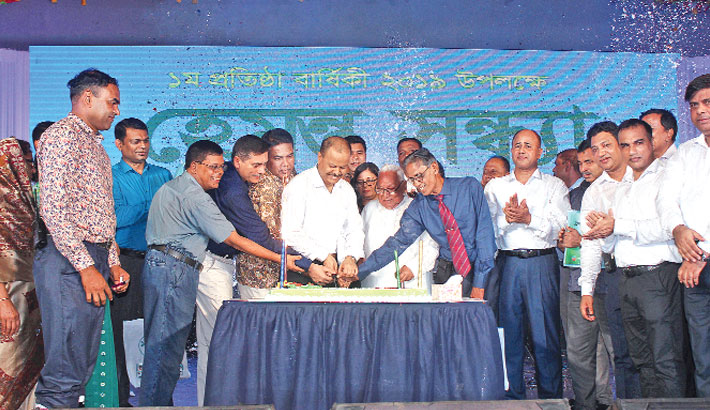 Metropolitan Police have been relentlessly responsible for ensuring citizen safety since its inception.

RpM Polices are working tirelessly on the field to keep law and order situation normal.

We want to give Rangpur City a gifted safe city.

He said this in a welcome speech during the main celebration programmes began at RpMP Lines ground in the city on Monday night.

RpMP Commissioner Abdul Alim Mahmud sought cooperation of local citizens to further improve the law and order situation in turning Rangpur into a city free from drug, terrorism, militancy and all sorts of crimes.

programmes to celebrate its founding anniversary on Monday amid huge enthusiasm and festivity in the city.

The celebrations began with realising balloons followed by bringing out of a huge colourful ‘Ananda Shobhayatra’ by the Traffic Division of RpMP and it paraded the main city streets from the District Police Lines ground. The main celebration programmes began at RpMP Lines ground in the city at night. A documentary film was screened on the occasion focusing on the history of establishing RpMP by Prime Minsiter Sheikh Hasina and launching of RpMP activities by her through video conferencing on September 16 in 2018.

The RpMP donated financial assistance to two of its constables who died while conducting official duties recently and extended assistance to a number of differently able citizens for their boldness in moving forward to lead life.

The RpMP Commissioner greeted and accorded grand reception to a number of valiant freedom fighters, who retired after serving in Bangladesh Police, for their bravery while fighting the War of Liberation in 1971 to snatch away our national independence.

Later, the RpMP authority accorded reception to a number of citizens to honour them for their laudable contributions to the society and nation- building activities and maintaining honesty while in their respective fields and distributed crests among them. Among them,