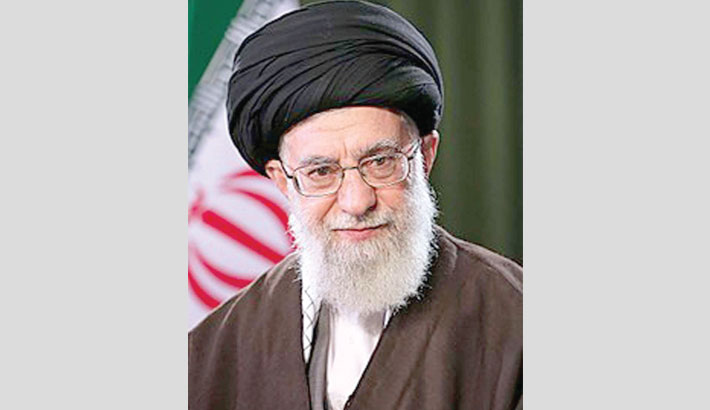 TEHRAN: Iran’s supreme leader on Tuesday ruled out negotiations with the US “at any level”, as tensions mounted between the arch-foes after Washington blamed Tehran for attacks on Saudi oil installations, reports AFP.

Ayatollah Ali Khamenei said the US adopted a policy of “maximum pressure” on Iran because it believes it cannot bring the Islamic republic to its knees through other means.

“The policy of ‘maximum pressure’ against the Iranian nation is worthless and all Islamic Republic of Iran officials unanimously believe there will be no negotiations with the US at any level,” he said in a televised address.

Tensions between Iran and the US and its allies have threatened to boil over since May last year when President Donald Trump abandoned a 2015 nuclear deal and began reimposing sanctions in its campaign of “maximum pressure”.

Iran responded by scaling back its commitments under the landmark accord, which gave it the promise of sanctions relief in return for limiting the scope of its nuclear programme. Trump said the US was ready to help Saudi Arabia after the attacks that halted about six percent of the world’s oil supply and triggered a record leap in crude prices.

“I’m not looking to get into new conflict, but sometimes you have to,” he said. “That was a very large attack, and it could be met by an attack many, many times larger.

“Certainly, it would look to most like it was Iran,” Trump added. US Secretary of Defence Mark Esper also singled out Iran as a regional destabilising force, while stopping short of directly accusing Tehran over the strikes. The US military, he said, was working with its partners to “address this unprecedented attack and defend the international rules-based order that is being undermined by Iran”.

A day after the attacks, the White House had said Trump could meet his Iranian counterpart Hassan Rouhani on the sidelines of the UN General Assembly in New York next week.

Rouhani has already rejected the possibility of direct negotiations with the US unless it lifts all sanctions.

The Iranian president has said even if the sanctions are lifted, any talks must be held in the framework of the nuclear accord. Khamenei reiterated this on Tuesday, saying that if the US “repents” and returns to the Joint Comprehensive Plan of Action, then it can talk with Iran along with other parties to the deal.

“Without this, no negotiations will happen at any level between the Islamic Republic of Iran’s officials and the Americans, not during the visit to New York or any other visit.”