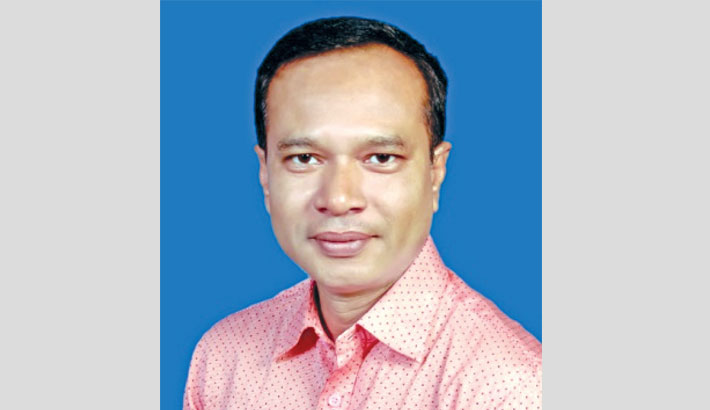 World’s largest forest in Brazil’s Amazonia province locally dubbed as Amazon forest and the forest pastures in Bangladesh are meeting the same fate in two different ways. When the Swiss Federal Institute of Technology (Zurich) in their latest research finding published in July this year has claimed that the pristine and poison-free atmosphere of one hundred years ago can be brought back once we plant one lakh crore new saplings on earth, the incident of claustrophobic fires in the Amazon rainforest is more than a shell-shocking news for the lovers of this only liveable planet. Forest fires in the world’s largest tropical rainforest are continuously quite a regular phenomenon over the decades. In more than 85 per cent cases of such fires, the obvious cause behind these anti-environmental sabotages is planned arson operations orchestrated by either marginalised locals or by the influential bigwigs for making land for both agriculture and ranching.

The process of Amazon deforestation is not only devastating for the ecological equilibrium and biodiversity of the host country Brazil but also leaving severe adverse effects on the global ecology and environment and hugely destabilising the ecological equipoise of the globe. Since eco-system is treated to be like a global inter-connecting chain that directly involves the ecology of all countries of the globe, spoiling of one part on that count necessarily affects all other segments of the chain that fastens them together. Considering Bangladesh as a single segment of the broader eco-chain, the blazes in the Amazon forest, like in other countries encoded in the chain, will affect the ecology and environment of Bangladesh to certain extent.

Popularly dubbed as the lungs of the world, the Amazon rainforest produces 20 per cent of the global oxygen and is home to 10 per cent global wildlife. The percentage well tells us that even if Amazon is not an actual lung of the globe as such, it unquestionably makes very significant contributions to the recycling process of oxygen by absorbing a huge amount of eco-unfriendly carbon-dye-oxide from the air.

The deforestation rate of the Amazon forest is very frightening even by the average loss statistics. Amazon is vanishing at a rate of 20,000 square miles a year. Already 20 per cent of the Amazon forest is gone and much more is severely threatened to be disappeared in the coming years. Deforestation in the Brazilian Amazon rainforest rose more than 88 per cent in June, 2019 compared with the same month in 2018. Despite relentless fire-fighting efforts, there are still 20,000 forest fires in the Amazon in operations.

Out of the total 31 per cent forest cover of the globe, rainforest make up only 3 per cent but houses 40 per cent of the globe’s flora and fauna. Besides Amazon rainforest, all tropical rainforests are located on the Congo basins, South East Asian basins and in some parts of Latin America. Like Amazon, the rainforest cover across the globe has long been subject to deliberate fires and cleansing drives set by the people for their petty personal interests putting straight the already imbalanced ecological hygiene in further danger. In Bangladesh, the remaining rainforest patches are fast being devastated by shelter-seeking marginal people as well as a very powerful clique of unscrupulous people. At a seminar arranged recently at Chattogram Divisional Headquarters, Mr. Dipak Chakrabarty, Director, Local Government of Chattogram zone has expressed his deep concern that Bangladesh now has only 7-10 per cent forest coverage as against the required 25 per cent. He further has echoed an alarm note that if deforestation in the rainforest of Bangladesh continues even at the present rate, it will take no time for the rainforest of Bangladesh to be totally vanished from the scene.

Once highly biodiversity-rich semi-evergreen CHT-rainforest that boastfully housed more than 25 rare species like tigers, elephants, jagolin, gaur etc. has already been reduced at a horrifying rate. This shocking disappearance has virtually been caused by the pressure of living of the local people and the resettlement of the new settlers from the plains. For making ways for agriculture for the increasing population in the hills, immensely vast tracts of the forest have been cleared over the last decade. Forested land in the hills of Chattogram is being depleted at the rate of 2.8 now according to a research paper published in the Jeojournal. Almost the same or even worse is the case with other hilly forests all over Bangladesh.

A single case study will truly give a horrifying picture with regard to the catastrophe being engineered over the forest covers. Some 1,650 Sal trees on nearly 15 acres of land in Madhupur reserve forest have been chopped down in a single day. In the hilly tracts of Sherpur, trees are being cleared illegally by the poachers in collusion with some corrupt forest officials and employees. The reserve forests on the plains across Bangladesh will give us a gloomy statistics too. Everyday trees are being lost at an uncountable rate in the name of infrastructural promotion.

In a very recent writ in the dual bench of Justice Sheikh Hasan Arif and Razik-Al-Jalil, the President of Bangladesh Environment Lawyers Association (BELA), Syeda Rezwana Hasan accused 20 government officials for establishing a petroleum depo on 191.25 acres of land at Maheshkhali forest in which some 25,000 trees have been cleared is a shocking assault on forest covers. Thousand of trees from the roadsides have already been cut down and many more are in the process of felling for building and expanding road communication infrastructures across the country.

The most shocking element here is the abnormal disproportion between afforestation and deforestation. At present ten trees are cut while only one sapling is planted. Only the rural communities are the real conservators and planters. Although the rural people cut down trees to meet their essential needs of living and life, they also plant trees from their natural urge. A very few number of urban people plant fruit trees although they use the empty spaces of their homestead quite lavishly for flower gardening. Absence of an urge to plant saplings around the homestead on the part of the urban people is a predominant cause for increasing temperature rise in the urban areas.

For bringing about a tree revolution, topmost priority has to be given on agro-forestry as well as social forestry. The culture of planting saplings has to be made a part and parcel of everyone in the everyday life of Bangladesh as we see in Philippines. In Philippines, a student is mandatorily required to plant at least 100 saplings before attaining graduation certificate. To lessen frantic pressure on forest covers for agriculture and settlements, proper and just use of available agricultural land has to be ensured. Instead of indiscriminate selling of fertile cultivable land to the local and foreign companies and converting these into non-agricultural uses have to be reduced to a minimum through a deliberately thought-out policy and strategy.

Any infrastructural promotions and expansions have to take into due consideration the environmental requirements and concerns before being implemented. Amid alarming rate of global industrialisation, massively horrifying emissions of greenhouse gases can only be properly recycled to a liveable and tolerable level through conserving the existing forests and at the same time replenishing the created vacuum by planting millions of new saplings through an all-out tree revolution introducing both long-term and short-term strategies.