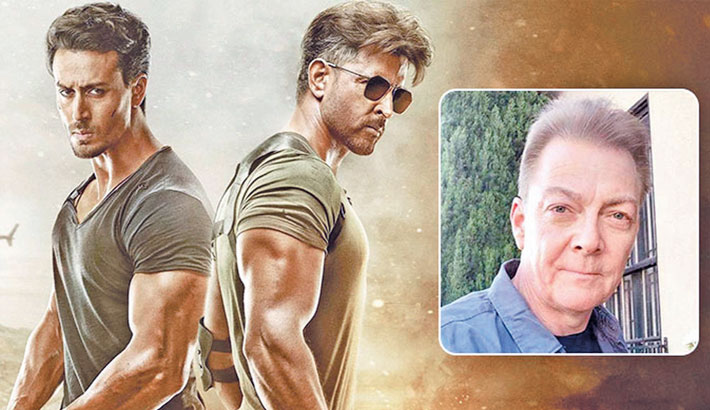 The star cast is arguably the biggest USP of War — the October 2 release sees the coming together of Hrithik Roshan and Tiger Shroff. Knowing that the union of two of Bollywood's biggest action heroes will be surrounded by high expectations, director Siddharth Anand wanted to have a reputed action director helm the face-off sequences between the two on-screen rivals.

Enter Paul Jennings, one of the biggest action directors of Hollywood. The stunt director has previously lent his expertise to Hollywood action spectacles like The Dark Knight (2008), San Andreas (2015), Jack Reacher (2012), Sherlock Holmes (2009) and Game Of Thrones, among others, reports mid-day.

"What I love about Bollywood is that you can push the action a little bit further," says Jennings, who forays into Hindi cinema with War. "You can do things that push the boundaries of believability right to the edge. As a result, you can end up with more spectacular sequences.

In Hindi movies, you can sometimes be limited by the budget. But on this film, Adi [Aditya Chopra, producer] wanted to have the best action sequences possible. So, we had a big budget and were able to [give shape to] any grand sequence we envisioned. So, I would say there is no difference between the sequences in War and say, Mission Impossible or The Fast and Furious! The film is at par with them."