Aamir is excited to see The Sky Is Pink 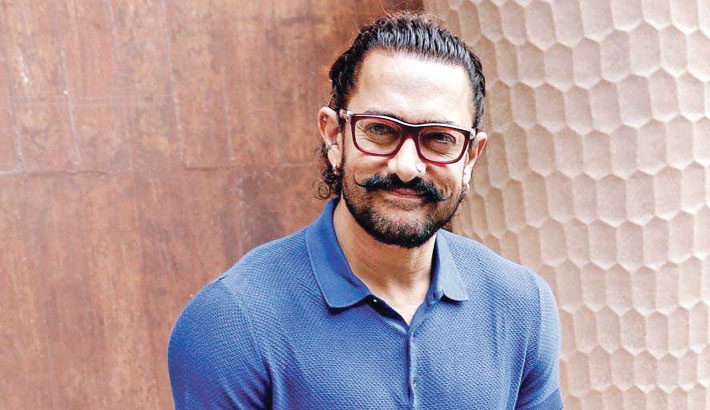 A film that has been the talk of the town since its trailer has been shared is Priyanka Chopra, Farhan Akhtar, Zaira Wasim and Rohit Saraf starrer The Sky Is Pink. Based on the story of a couple in love told from the lens of their teenage daughter who suffers from a terminal illness, The Sky Is Pink’s trailer came out last week and it left everyone awestruck. Now, as the film has premiered at the Toronto International Film Festival 2019, The Sky is Pink has been getting rave reviews. Even Aamir Khan, who saw the trailer, was left amazed, reports Pinkvilla.

The Mr Perfectionist of Bollywood took to social media to pen a sweet and heartfelt note for the team of The Sky is Pink after seeing the trailer. Aamir was all praises for the director, Shonali Bose and also mentioned Priyanka, Farhan and Zaira in his tweet. Zaira has worked with Aamir on Dangal and Secret Superstar and her performances were loved in the same. Aamir even wished his friend and producer Siddharth Roy Kapur in his note.

Aamir wrote, “I really liked this trailer. Cant wait to see the movie. Looks like Shonali has made another fantastic film. I am sure Priyanka, Farhan and Zaira's performances in the film will wow us. Sid, wishing you the best for your first independent film!”

Meanwhile, The Sky is Pink got a standing ovation at the world premiere at the Toronto International Film Festival 2019. The whole team including Priyanka, Farhan and Shonali got emotional on seeing the response to the film.

The film is based on the life of motivational speaker, Aisha Chaudhary who was diagnosed with a terminal illness. The film takes us through the struggles of Aditi and Niren, Aisha’s parents. The Sky is Pink is slated to release on October 11, 2019.