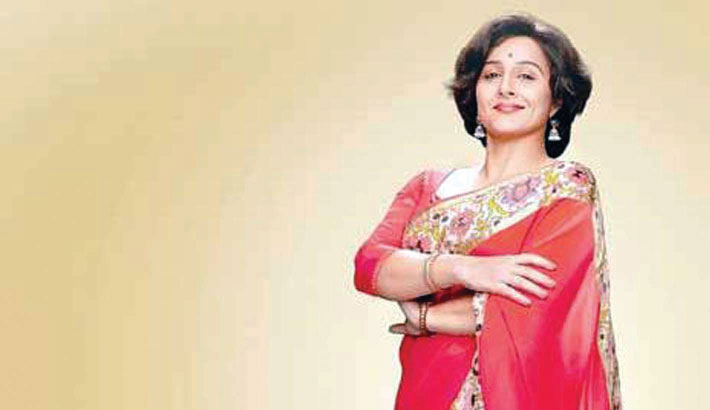 Four months after she gave her nod to the project, Vidya Balan is set to kick off the biopic on Shakuntala Devi in London today. Known to sink her teeth into the characters she essays, Balan used the interim months to familiarise herself with the miracle worker that was Devi, tapping as much into her mathematical skills that earned her the title of Human Computer as into her "wicked sense of humour" that made her much loved among her peers.

Only weeks after a picture of the actor from the film's look test went viral, the makers have shared Balan's first look as Shakuntala Devi. Flaunting a short bob and a saree, she is a spitting image of the math wizard, reports mid-day.

Director Anu Menon is ecstatic to take her passion project on floors. "I have always been fascinated by Shakuntala Devi and felt that hers is an incredible story that had to be told. She was an extraordinary woman, who lived ahead of her times and on her own terms, unapologetically," says Menon of the Karnataka-born Devi, whose genius was first discovered at the age of five when she apparently solved a mathematical problem designed for 18-year-old students.

Balan too had expressed her enthusiasm to explore the woman behind the genius. "What drew me to the subject was her magnetic personality and the life that she led," she had said.