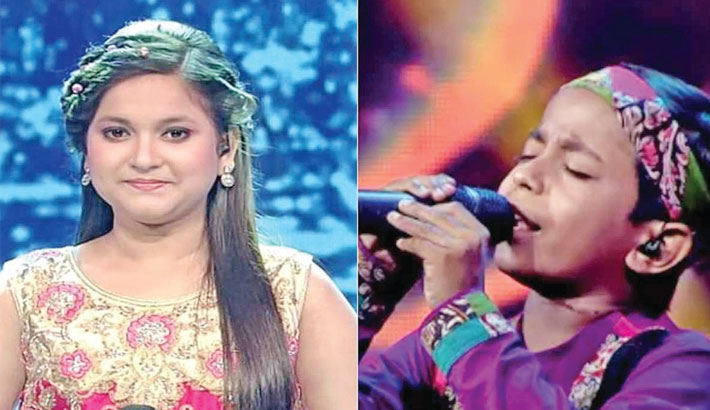 The wait is over. Young participants Pranjal Biswas and Sharmistha Debnath have jointly won the trophy of Super Singer Junior after giving a tough competition to other finalists,reports Times of India. They also received Rs. 2.5 lakh each, apart from the trophy and other prizes. Pranjal also won ‘Popular Choice Award’.

Sourik bagged the second position and a cash prize of Rs. 1.5 lakh while Ankita Mondal and Shreetama Saha jointly got the third position. Ankita and Shreetama were awarded with Rs. 1 lakh each.

Since the beginning, Pranjal left everyone stunned with his expertise in Baul gaan as well as Sufi songs. The young singer, who hails from Karimpur, Nadia district.

Sharmistha, on the other hand, is known for her melodious voice. Her ‘breathless’ song left the judges as well as the audience literally ‘breathless’.

After several weeks of tough fight and rigorous grooming sessions, 5 contestants, Sreetama, Sourik, Pranjal, Sharmistha and Ankita made it to the finale.